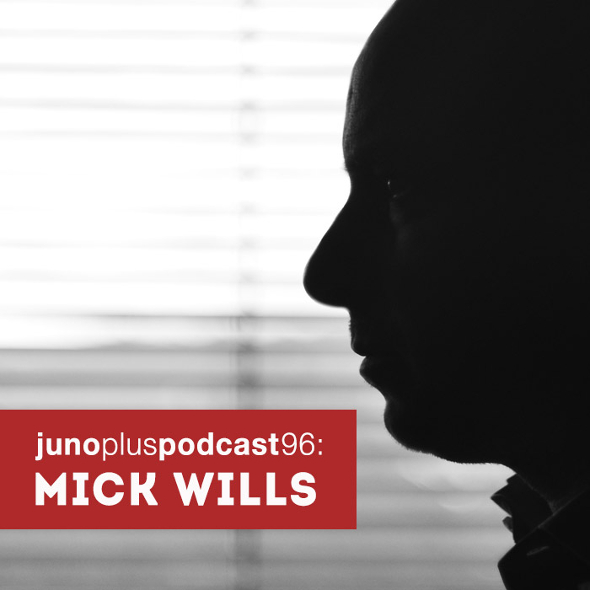 The German DJ lays down over 100 minutes of explosive Italo, EBM and Chicago jack with plenty of his own exclusive edits included.

One of the aspects that made Dekmantel Festival so memorable that didn’t make it into our subsequent review was the numerous conversations with performers at the festival in shared transit back to our hotel. Amidst conversations on Oslo taxi drivers with Prins Thomas and Gerd Janson and an exchange with Mount Kimbie’s lighting engineer which rarely stayed on one subject for more than a minute, we were lucky enough to share some time with Mick Wills. Fresh from playing the Boiler Room stage, the Stuttgart-based DJ and producer revealed himself to be one of the nicest selectors currently operating and was kind enough to place in our hands the latest edition of his long-running Demo Mix series.

Back in London, with the benefit of a clear head we realised how well suited to our tastes this CD was, and indeed the Demo Mix series as a whole, and some polite enquiries regarding Wills’ interest in contributing to our podcast series was made. Instead of a studio mix, Wills offered up the chance to publish a live recording made during one of his DJ sets on the US West Coast earlier this summer. Clocking in at over 100 minutes, the performance at California festival Sunset Campout captures Wills in his element in a manner a living room mix could not, and it’s easy to see why he’s compared to the likes of Traxx and Ron Morelli in terms of fearless selecting.

Speaking to Richard Brophy for a Separate Mind column published earlier this year, Wills freely admitted it’s taken some time for him to achieve this status. “With pleasure also comes pain – It took me almost 25 years to become the DJ that I am. There is so much good music that should be rediscovered and you have to listen to a lot of stuff until you find something that is suitable for you.” That approach is fully reflected in a mix that swings through decades of music without pause, and contains a healthy dose of the producer’s own self-styled ‘Cuts’.

Despite being on vacation, Wills was kind enough to answer a round of accompanying questions we sent his way, revealing some personal memories of the ’90s basement parties he ran in Stuttgart (and Guy Tavares’ skills as a breakfast chef), the thinking behind his prolific edits and his future plans.

Hi Mick, how are things in Stuttgart?

To be honest, I have no idea since I‘m on vacation right now. But I guess it‘s cold and rainy, haha!!

Thanks for agreeing to this mix – it’s straight from the recording desk of one of your summer dates in the US right?

You are welcome and yes it is. In July I had the opportunity to play at Sunset Campout in Belden Town which is located in the north of San Francisco. The festival took place in the woods next to a river and really was amazing. Never heard such a brilliant outdoor sound system before like the one that was installed on the big floor. I totally enjoyed being there for two days. Met a lot of other artists there and had lots of fun. The atmosphere was very flower power and easy going. Full of love, peace and harmony. Some people painted their face with all kinds of colours, there were some little shops where you could buy crafts and clothing, they had all kinds of workshops and they even had a kids town.

You also played the Apocalypse event with Traxx and Beau Wanzer in Chicago – did that party live up to its name?

It was the very first time that I played in Chicago and I felt really honoured to finally play in the city where music history was written with Chicago house! The party itself was in a small basement in the south of Chicago. I love basement parties in general, so it was the perfect place for me to play. It wasn‘t that crowded, but the atmosphere was great since some people in the audience totally freaked out because of the music. And well, I really enjoyed it to hang around there with Traxx and Beau (met him there for the first time).

We crossed paths at Dekmantel festival this year, what were your thoughts and reflections after playing?

I was really happy that everything went well… more or less. I always try to give my best when playing. I‘m a perfectionist, very self-critical and on top a control freak (Is the gear working well? Is the sound okay? Is the monitor on the right place?). And the Boiler Room camera in front of your nose and to know that probably thousands of people are watching you doesn‘t make it easier, haha… Later I heard that some people in the Boiler Room chat were wondering why I didn‘t smile during the whole session. It‘s not that I didn‘t feel happy, I really appreciated to play there (thanks to Dekmantel for inviting me). I was just 100 per cent concentrated on the things I was doing.

Also some people were complaining or wondering that I only played CDs and no vinyl. Actually it was the very first time that I just played CDs, because on this special event I wanted to play still unreleased stuff and some new cuts/edits!!

How did it compare to some of the other festivals you’ve played recently?

To be honest I don’t play that often at festivals. Dekmantel was one of the biggest and probably most impressive I‘ve ever played. Everything was super professional organized. I enjoyed it a lot to watch Intergalactic Gary and Traxx playing there and to meet all kinds of people, other artists and friends.

You were kind enough to pass on one of your Demo Mix CDs in Amsterdam, when did you start doing these?

I started doing them when I signed to Gigolo Records back in 2001, so the girls at the booking agency could send them to promoters, clubs, etc. Every Demo Mix CDr is numbered and homemade. Usually I am doing 275 copies of each, sometimes more, sometimes less. This July I did Demo Mix #19. I use them as a give-away when I‘m playing somewhere on this planet. So in the end I know that something from me is left in the city/country. Which is a nice feeling especially if people appreciate it

I’d like to ask about the MB Presents parties you did with Isabella Venis back in the day, it seems like you invited quite a high profile list of guest DJs. Did any particular nights stick out in your memory?

Yeah, Isabella and I were organizing quite some parties through the years. We started in 1993 with a basement party in a brewery in our hometown. In the mid-90s we did a few parties were Klangstabil was playing live. In 1997 there was an amazing party with DJ Hell. He was playing super raw back then and had a really great track selection. Three Bunker parties with Legowelt, TLR, Orgue Electronique and Guy Tavares (who did German weichei for us in the morning) stick in my memory as well. Also a party with I-f, when he was screaming the lyrics like a madman to the record that was playing. There were parties with Traxx where people totally freaked out.

And last but not least we also invited Intergalactic Gary, who became a very good friend of us. The last one we did was with him and JTC. After the party the owner of the club told us that he doesn‘t want us anymore. Because the music we play is not danceable! Oh, well… that‘s Stuttgart. Not only cold and rainy, but also super ignorant when it comes to music.

One of our favourite releases this year was the Rat Life Records 12” featuring a rather brutal edit of “Enfant Terrible” by Autonervous by you – how long have you been playing that one out before Alexander suggested releasing it?

I made that cut in 2010 and to be honest, I only played it a few times. I actually only did it (it‘s more or less a loop) to play the original vinyl on top of it. One day in late 2013 Traxx was in Dresden and Alexander who runs the label was around when Traxx played this cut. Alexander totally freaked out when he heard it for the first time, asked me for permission to release it and bang… there it was. So goes that…sometimes.!

It must get quite a reaction when you do drop it?

Is a very strong and hard sounding cut, so choosing the right moment for playing is important, but then it is a killer, especially if you mix the original version on top!

As the tracklisting for this mix suggests, you craft quite a lot of your own edits (or ‘Cuts’ as you prefer to call them). How much time do you spend doing these?

Cuts are quite easily and fast made. I just make the intro and outro of a track longer. I love long transitions and sometimes the intro and the outro of the original track is just to short for me. Or I do loops of special parts that I like, to later play them together with other tracks at the same time. Edits are more time-consuming. Especially when I am doing edits of older tracks that were made with analog equipment. Most of the time those tracks are slightly out of sync. Of course I could mix them like they are. But then the transitions wouldn‘t sound like I want them to sound. So I cut the whole track in parts and put the parts together again to make the track in strict time.

And last but not least there are tons of great minimal synth and industrial tracks out there. But a lot of them are too short (some of them are less than a minute) and mostly they were released on LPs, compilations or cassettes with less volume. So by doing edits I try to bring tracks to the club, which were not really meant for the club.

What else is coming up over the next few months for you?

I did a remix of “Acidmark” by Elec Pt.1 which will be released by the end of the year on the Signals label, and I did a remix of “Polygon Mountain“, a track by Ubre Blanca that is coming out in October as a digital plus limited 200 copy vinyl release. And there is also an edit release in the pipeline. Right now I‘m working on the track selection for a mix that will be released on Alan Chan‘s Roller Disco Records. Plus there are some requests for remixes and if there is some time left I will start to work on my own tracks again. And in between I will play in Germany, France, Romania, Serbia, Holland and Greece.