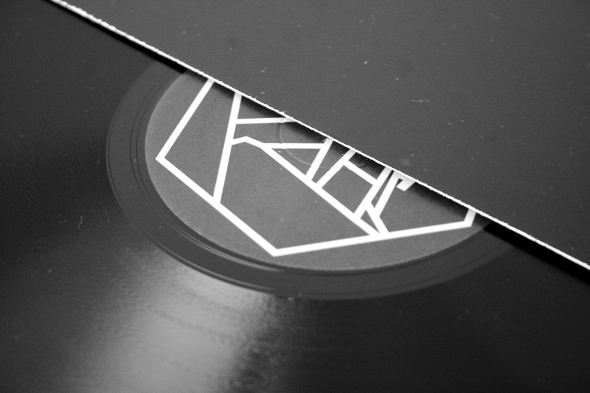 Everyone’s favourite contemporary acid troubadour is at it again. Tadd Mullinix is a restless musical soul, whether turning out the sweaty, scatty box jams as James T Cotton, the bugging hip hop business as Dabrye or turning his hand to the rudest jungle as SK1. The ideas have always run ahead of the stylistic tributaries of Mullinix’s musical career, ensuring his output has been defined by a distinctive flair that leaves the competition struggling to catch up, and he shows no signs of slowing down.

Interestingly though the emergence of the shortened JTC moniker has yielded a particular strain of releases that follow on from the James T Cotton material but with a view to tempering the raucous distortion of the acid machinations and letting the style drift into new pastures. In particular on this inaugural release for Mullinix’s new label Bopside, there is a disparity between the three tracks on offer that shows just how wide a reach the JTC sound can have. It’s not that he was ever an artist bound to any given style, even within one alias, but here it’s the moods and feelings that feel like a step in new directions for the artist. 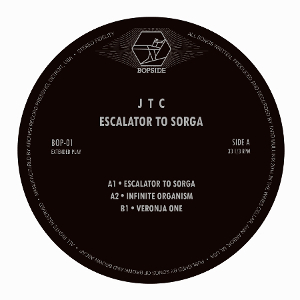 “Escalator To Sorga” leads the charge with a decidedly disco-rooted DNA at the core of the track. It’s impeccably crafted dance music that moves in pristine 4/4 timing, feeding the component elements in gradually over every 16 bars just like a DJ wants them to, but in this structural rigidity comes the chance to appreciate just how perfectly pitched the parts of Mullinix’s tracks are. From the nagging chord stab to the celestial pad sweeps, everything has a sturdy purpose in the track, not least compared to the bowl-you-over noise of his older Spectral Sound jams. There’s also an unresolved tension that leads you up to the Rhodes-peppered latter stages of the tune, but by and large keeps you locked into a more tracky groove than most discofied house jams know how to handle. It’s an immaculate club beast that makes elegant moves without any need to show off.

Instantly marching out on a tougher remit as its bongo-bolstered beat rips into gear, “Infinite Organism” demands to be noticed with its sassy MIDI horn parps, before it unexpectedly dives down into a squelchy, acidic jazz funk refrain that will get all kinds of surprised and confused facial contortions from the most locked in dancers. The hooky elements here are undeniably brazen, tapping into Mullinix’s instinct for what made the original proto and acid house jams so evergreen and unmatchable. Where decades of technology and experience have exposed superficial attempts to rehash box jams as insipid copybook efforts, Mullinix is an artist whose spirit simply speaks that same language as the originators, with not a whisper of try-hard about it.

Before you start thinking this is all straight-up party fodder from JTC, “Veronja One” is on hand to set the record bent with a snappy line in steppy drum machine techno that owes as much to UK bass music as it does to Detroit. In its staggered pattern and dubby synth pulses an uptempo meditator is born, ably straddling quick time hi hats and staggering kick drums to create that most duplicitous of cuts. It’s an unexpected twist up for the record, not least as Mullinix has never hinted at much dubstep influence in the past, and once again he’s taken very identifiable traits and run his own kinky style over the top of it. It seems whatever record of Mullinix’s you turn to, his hopelessly cool style comes through in abundance, making you love his work just a little more. This record is no exception to that rule.