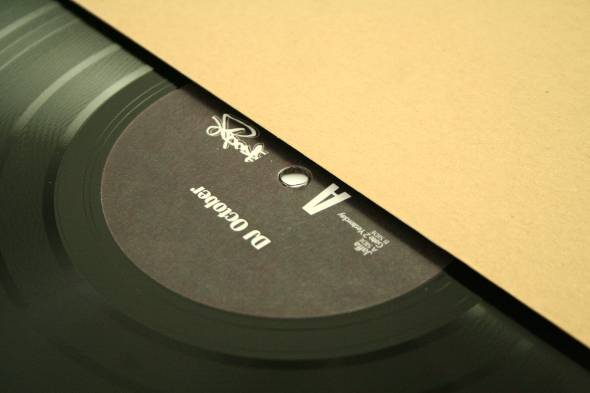 Consistency is an enviable trait, and in thinking of something to apply to DJ October’s signature blend of dub techno, five o’clock shadow house and ambient – and this review – it’s tempting to deliver that line and be done with it. I will always download an October release, always enjoy it. I like this new one too! Consistency sometimes seems such a backhanded compliment though; can’t think of much else to say, the records are always good right? Consistent. 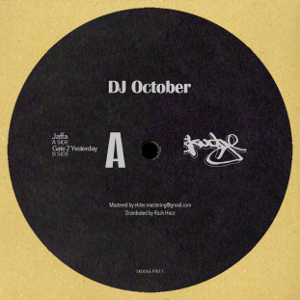 In October’s case it might partly be a result of the particular building blocks he manipulates – dub, minimal, tech house, a taste for lingering Echocord-like chords and atmospheres are red flags. Teshno fodder. The kind of things guys on Discogs discussion pages could talk the back legs off’ve a donkey with and no-one else really knows what to say about, so I guess we’ll fall back on consistency. What, arguably, makes October a little different is in how he tends to make works from these base elements that stands apart as refreshing, uncontrived and unconstrained. Music of dub and tech house and so on, but not necessarily kowtowing to the demands or expectations those genres project.

In interviews October has referred to his love of messy sounds, of destroying gear in order to get the right resonance – railing against limitation in a continued quest for some dog-eared twist or slant. It may be a sign-o’-the-times that more recent work, including this Gate 2 Yesterday 12″, is more prominently battered, bruised and off-kilter. Yet it comes across less like the house povera post-processing of fuzzy filters and delay and more like a particular Bristolian characteristic (think Pev, early Appleblim, and the Young Echo radio shows) for producing something that probably shouldn’t work as a whole but – somehow in application or through sheer enthusiasm – totally does. In October’s case, probably by carefully targeting and outlining a hefty groove.

Is the title Gate 2 Yesterday tongue-in-cheek? Either way, it brings up an important point in line with the above: October’s machinations – more often than not – resolve problems with this kind of hardware driven house existing in a kind of closed loop timeline. His Unstable Phenomenon EP and the track “Entropy Ends” from last year is a particularly strong case in point. The elements jostle as referential tokens to older styles of house, but it’d be a struggle to see the track as from any other moment than 2013. That relevance keeps me listening where, say, a more dogged adherence to dub techno would just lead me to listen to Basic Channel again instead. But yeah, if you like any of October’s other stuff you’ll like Gate 2 Yesterday. He is consistent.