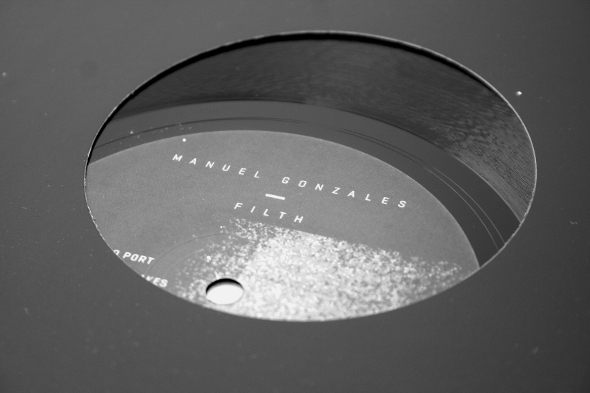 It would be fair to say that Manuel ‘MGUN’ Gonzalez doesn’t fall into neat Detroit techno stereotypes. Despite hailing from the Motor City, Gonzalez’s taste in techno is altogether darker, bleaker and murkier than the city’s traditional far-sighted, sci-fi influenced futurist sound. Of course, Detroit has produced many techno titans who prefer their beats raw and pounding – Robert Hood springs to mind, with honourable nods to the darker material of Jeff Mills and Drexciya – but these have largely been one-offs; acts who swam against the general air of intergalactic positivity. Even Kyle Hall, a young producer capable of intense workouts that push the raw ideal to its’ very limits, made his name with relatively melodious, futuristic productions. 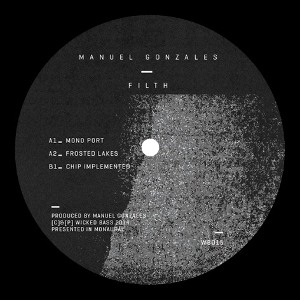 Gonzalez, then, is not your average Detroit techno producer. Instead, his blossoming reputation has been built on pairing the crackly atmospherics of dub techno – analogue tape hiss, vinyl pops and unusual found sounds, often buried deep within the mix – with unflinchingly heavy, floor-friendly rhythms and distorted electronics. Occasionally, as on his excellent Some Tracks EP for Third Ear, these will be joined by ghostly melodies and spooky synth flourishes; for the most part, Gonzalez leaves the production stripped and bare. The effect is, for the most part, disarming. However much you enjoy his music, it’s still capable of leaving you perplexed and breathless.

Gonzalez’s most recent outing on Don’t Be Afraid – his third 12” on Semtek’s consistently on-point imprint – was actually rather warm and fuzzy by his standards. Sure, it was still sparse and raw, but there were occasional cowbells and even dreamy, Tangerine Dream style synthesizers amongst the thunderous techno bangers and hissing, midtempo experiments.

There are no such pleasantries on this first outing for Wicked Bass, though – perhaps surprisingly – the lead track is built around what sounds like an old space techno loop put through an echo chamber. “Mono Port” is arguably as spacey as Gonzalez gets, and it’s still unfeasibly crusty. The loop at the heart of the action is far-sighted but weary, and acts as a counterpoint to fizzing electronics, a decidedly sludgy groove and the producer’s usual mountain of analogue fuzz. It feels more paranoid than calming; futurism viewed through a thick layer of dust.

Flipside “Chip Implemented” takes this idea and runs with it, cloaking a foreboding bassline, relentlessly intense drums and distant electronics in several inches of mud. It sounds like Gonzalez transferred the track to quarter inch tape, threw it in a skip and then reconstructed the remains. That it sounds strangely futuristic despite the L.I.E.S style distortion and maudlin paranoia is testament to his skill as a producer. He’s not alone in pushing fuzziness to extremes, but few do it quite so well.

“Frosted Lakes” is closer to what we’ve come to expect. It’s booming and pulverising, of course, with kick drums that hit you right in the guts. This time, though, there are additional percussive hits that give the track a genuinely jackin’ feel. The most exciting aspect of the track, though, is the twisted 303 electronics and bouncy synth bassline. Sure, the production is still smothered in grime, but there’s a real funk. It feels like a track you want to lose your shit too, rather than something to admire from afar. It may not be the EP’s finest moment, but it’s the most instant. Perhaps that’s the key to Gonzalez’s success; however bleak or industrial his tracks are, and however stoned the hiss-laden production feels, you still want to get up and get locked in.

A1. Mono Port
A2. Frosted Lakes
B1. Chip Implemented