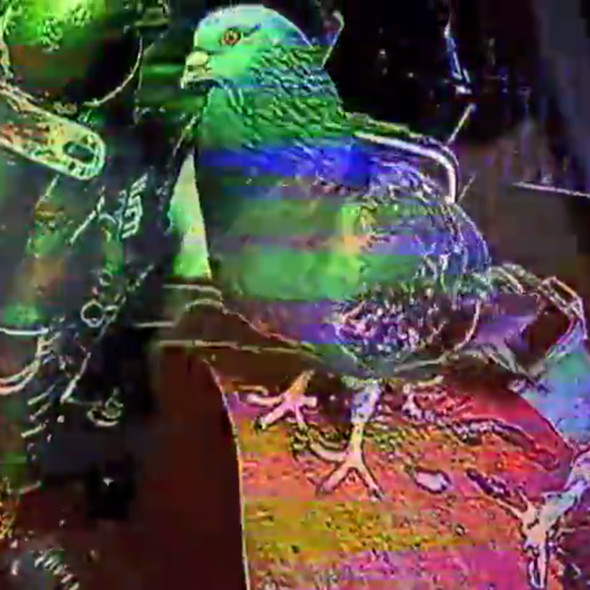 Released last month, Filthy City offered one of the year’s more unique album concepts. The work of Brooklyn producer Gut Nose, the LP was presented as two extended pieces: Filthy City, an exploration of grimy, paranoid MPC-produced hip hop, and Filthnoid Mixx a set of crusty techno. Given the label’s description of Filthy City as a “seething dystopian malaise,” and the music’s visual collage style, a video accompaniment for the record seems very apt.

Rather than simply choose a section for the record, Styles Upon Styles has recruited New York animator Preston Spurlock to create a short film to accompany the entirety of the A-side’s Filthy City segment. Using a combination of animation and film footage “compiled and defiled,” the 17-minute film is a suitably reflection of the seedy electronic psychedelia running throughout Gut Nose’s music. A press mailer from Styles Upon Styles has the following statement from Spurlock explaining his motivations:

“The video for Filthy City follows an imagined narrative of New York City as an abandoned, haunted wasteland. Though traces of life still remain in the margins, hiding from the specters and wraiths that have since overrun the city’s windswept streets, humanity has all but vanished. What’s left of life appears warped and mutated from years underground amid the darkness and the toxic runoff. Filthy City explores the natural tendency of humankind to propagate, the ghosts’ merciless destruction of the newborns, and the patience of our kind to fight the darkness with the hopes for eventual prosper.