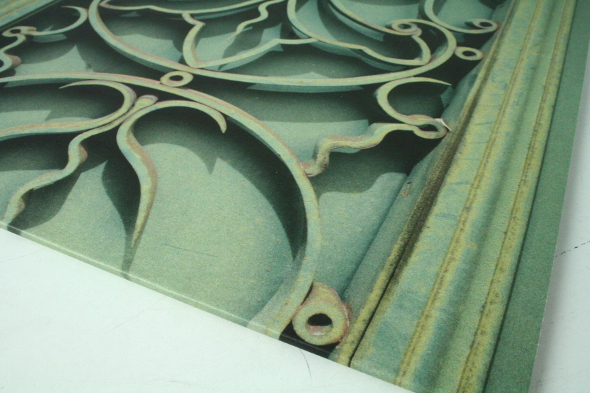 House of Woo, Field-Pickering’s most recent Maxmillion Dunbar album, was a snapshot of how vibrant dance music can feel when it’s not forced – the musical equivalent of having a really good game of pickup basketball on Sunday afternoon. And even though his work with L.I.E.S under the Dolo Percussion moniker is intent on just banging on some drums and creating compelling, functional club tools, there’s still a little bit of grinning trickery in there. As soon as you think you’ve found the algorithm in Field-Pickering’s obtuse rhythms, everything jumbles up and it’s a whole new playground. 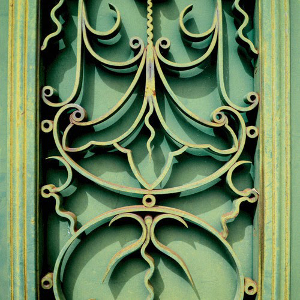 So, on his debut for The Trilogy Tapes – a label that really shines when it indulges its softer side, as evidenced by 2009’s moving Nippon Folk, Japan Blues cassette –  it’s perhaps it’s not surprising to see that one of his tracks is titled “Calvin and Hobbes”  It’s the type of territory that you have to do justice to if you wander into – Bill Watterson, the creator of the iconic newspaper strip, was fiercely protective of keeping his work free from the hands of merchandisers. Watterson was famously dismayed by the prevalence of those “Calvin peeing on car logo” stickers, an image that he never created and one that he felt misrepresented the core of the character.

Maybe that kind of juvenile crassness suited Bart Simpson, but Calvin wasn’t defined by his anti-authoritarianism as much as his imagination, and the way that it constantly clashed with the boring, painful drudgery of capitalist life around him. Calvin and Hobbes had some fierce politics simmering in its panels: It was a condemnation of school systems with teachers who’ve forgotten how to dream, soul-sucking day jobs, the monsters under our beds (literally or metaphorically) and people who’ve lost touch with the cornucopia of nature in our backyards. It was a call to embrace imagination, possibility and different realities.

All this to say – the stakes are high if you’re going to name a song “Calvin and Hobbes”. You have a lot to live up to. Field-Pickering resists the urge to try and come across too strongly with any particular sentiment, allowing the track to sparsely unfold with French horns, wind chimes, and pulsating little toy keyboards darting in from the edges. It’s a track that doesn’t necessarily progress or culminate in anything as much as it blurs into itself – structure is more or less thrown out the window, referencing the improvisational but cohesive sessions that formed House of Woo.

“Pop Song” is technically a dance rework of “Calvin & Hobbes” which loses nothing in translation. Field-Pickering has stated that 12″ records are made more from the perspective of “burning the club down” than providing thoughtful ambient space for the listener to wander throughout, but “B2” still feels separate from a “functional dance tool” type of track. Percussion is added to the mix, but it’s anyone’s guess what form it’ll show up as, oscillating between different tempos, speeds, and clanking drum machines. It drips with those signature Max D curveballs – full of pulsing, oozing little elements that are spontaneously added or subtracted second by second.

The rest of the EP has its gorgeous moments as well -“Jubilee” is reminiscent of a rough analogue version of Donkey Kong composer David Wise’s productions, fuzzy filters altering the clarity of the propulsive percussion throughout. “Oshima Flicks” is likely a reference to the work of Criterion Collection director Nagisa Oshima, whose films tackle everything from xenophobia to satire of gender roles (including a scene where a marriage ceremony continues despite the absence of the bride). The sparsest work of the EP, it swirls around like a slow-moving fog-thick, dense, and opaque.

But really, this 12″ is worth the purchase for the one-two punch of “Calvin and Hobbes” and “Pop Song” alone. Maybe it’s this writer’s own nostalgic memories of the out of print comic that Field-Pickering is bearing testament to that makes these tracks feel so alive. But then again, breezy wonderment it’s a sentiment that Max D, Dolo Percussion and Beautiful Swimmers have been championing from day one.