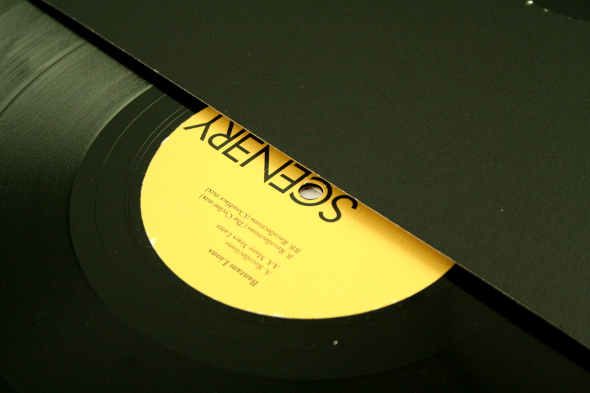 With a few notable exceptions, record labels rarely get it right first time. In truth, it can take any imprint a little while to find its’ identity, develop a solid roster of artists, and really start hitting its straps. Once has label has found that place – be it the tropical fluidity of Mood Hut, the blistering intensity of L.I.E.S, or the star-gazing leftfield disco vibe of Beats In Space – then magic usually follows. With this release from hometown producer Bantam Lions, Liverpool’s Scenery Records may have finally come of age. It’s been nearly two years since the label launched, and in that time their releases have been steadily improving. 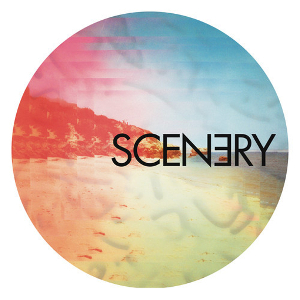 It was Bantam Lions (the production moniker of analogue-loving studio buff Mike Carney) who delivered the first 12”, a spacious and hissing collection of analogue deep house cuts blessed with a robust remix from friend-of-the-family John Heckle. Since then, releases have been sparse, but the quality threshold has been getting higher each time, with Heckle’s Laid Away EP – released earlier this year and backed with remixes by Perseus Traxx and KSoul & Muteoscillator – delivering a typically clattering fusion of bubbling electronics, cranky machine drums and twisted 303 tweakery.

The inclusion of remixes from artists at the more experimental end of the house and techno spectrum was telling; where once Scenery’s brand of deep house lacked a little grit and fuzz, each new 12” seems to come backed with versions from producers who are guaranteed to deliver a distinct reinterpretation of the original material. Combine this with original tracks that defy easy categorization, while pushing a hardware heavy take on Chicago-rooted house, and you have a winning formula. It may not be the most revolutionary approach, but done well – as Scenery is now doing – it’s undeniably a winning one.

Bantam Lions’ Recollections sticks to this formula, while delivering music of a decidedly humid nature. Like that celebrated John Heckle 12”, it comes backed with a fine pair of remixes, with Mood Hut affiliate Cloudface and Irish artist The Cyclist, whose output for Leaving Records and All City has rapidly become collectors items, putting their own stamp on proceedings. It all adds up to an assured, mature and well thought-out EP, rich with feverish melodies, fuzzy machine drums and bubbling dancefloor intensity.

While it’s not all A-grade material – bonus cut “Many Years Later”, a solid chunk of deep house complete with relentless hit-hats, dreamy, delay-laden chords and sparse-but-tough bottom end, seems something of an afterthought – for the most part Recollections is superb. The title track is particularly potent, lacing fluid, watery, new age-influenced synth melodies, lapping electronics and saucer-eyed chords over a particularly well-judged groove. The bassline – seemingly inspired by a mix of NYC proto-house, US garage and the Danny Tenaglia-produced post hip-house of Deepstate II’s “Everybody Get Down” – seemingly dances from the speakers, while the beats – loose and jazzy, with good use of shakers and cymbals – give the track energy whilst retaining a jazzy, Balearic feel. As a result, “Recollections” feels soft focus, but retains a deliciously tactile dancefloor vibe. It’s deftly produced and perfectly judged.

Given the talent on display, it’s perhaps no surprise that the remixes are superb, too. While DJs will no doubt flock to The Cyclist remix – unsurprising, given its’ brilliant, bright-but-fuzzy combination of deep Detroit techno electronics, looped synth melodies, Tenaglia style bass and restless groove – it’s Cloudface’s version that excites most. The Vancouver producer takes the bold decision to slow the track down to a head-nodding pulse. The melodies have not just been pitched-down but replayed, joined by long, drawn-out chords that slowly drift through the mix. Add in almost D&B tempo electronic fills, a metronomic rhythmic pulse, and the merest whiff of 303 abuse, and you’ve got a mix that teases the senses. It’s calming, of course, but also strangely uplifting, despite the melancholic nature of some of Cloudface’s synth work. It’s probably the EP’s best moment; given that Recollections is full of highlights, this is some achievement.