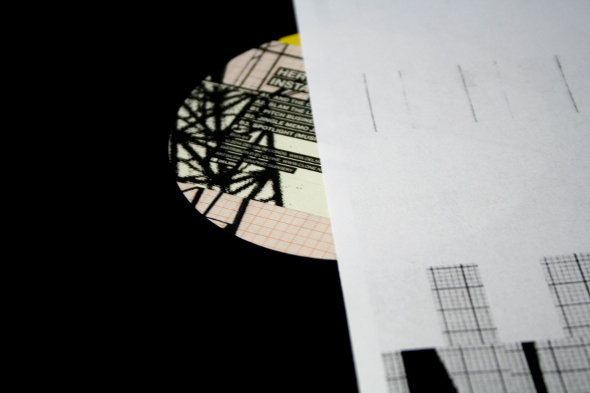 When impressive Italian label Bosconi first signed Herva – real name Herve Atsi Corti – back in 2011, it was more on his potential than anything else. At the time, Corti was a 19 year-old producer with big ideas, but arguably not the production nous to match. His early solo releases, and those with occasional studio partner Marco D’Aquino under the Life’s Track alias, veered between warm and breezy (see the disco-influenced, loopy deep house of the solo Skin EP) and uncomplicated retro-futurism (much of the material on the first Life’s Track 12”). His 2012 debut album on Bosconi Extra Virgin, Meanwhile in Madland, was certainly promising, filtering fluid deep house and slow jams through a beatsy, Onra-ish filter. 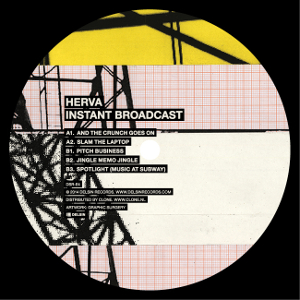 With each progressive 12” single, Corti seems to have grown as a producer. 2013 was something of a breakthrough year in this regard; his debut for Delsin, What I Feel, was an altogether more intriguing proposition. While his willingness to embrace picturesque beauty was undimmed, the production style was altogether more sludgy, distorted and otherworldly. Furthermore, the EP featured bustling techno rhythms and raw, pounding drums amongst the glitchy rhythms, odd samples, enveloping tape hiss and claustrophobic atmosphere. Along with his work as part of the noise and drone-meets-free jazz collective Tru West, What I Feel showed that Corti learns fast. Just two years after making his debut, he’d developed a distinctive production style and was displaying an impressive ability to meld sounds, genres and rhythms into heady new shapes.

It’s this style – part late night paranoia, part comforting audio hug – that’s explored further on Instant Broadcast, his second full length. It, too, refuses to settle on one particular groove, impressively playing around with tempos, time signatures and rhythmic patterns. At times, the beats recall the classic ‘90s IDM from the likes of Aphex, Autechre and Vibert; at others, you’re reminded of Drexciya, Skudge or Theo Parrish after a fistful of hallucinogenic pills.

For all the skittish flitting between grooves – compare the brilliant downtempo jazz-tronica of opener “And The Crunch Goes On”, with its’ successor, the jacking, undulating loop-techno assault of “Slam The Laptop” – Instant Broadcast hangs together impressively. This, of course, is a reflection of Corti’s production savvy; whichever direction he turns in, the sonic palette is much the same. Think fuzzy, crusty, hissing, alien and, on occasions, thoroughly unsettling compositions, with hard-wired analogue electronics and bleak ambient textures sharing bandwidth with quietly soulful chords, dusty vocal samples and mournful pianos. All filtered through a long wave radio, with Corti turning the dial until he finds something that catches his ear.

It’s the sort of album that rewards repeat listens. While it has an instant impact, successive plays reveal new layers and interesting ideas buried further in the mix. This could be the dreamy, cut-up easy listening samples and heavily filtered machine drums on “Jointless”, the flotation tank chords and white noise of “Spotlight (Music at Subway)”, or the Flying Lotus-goes-jazz oddness of “Holidays”. Or, for that matter, the foreboding chords and fearless glitch rhythms of “Warm Bodies”, which sounds like the kind of unsettling IDM for which Warp was once famous, albeit with the addition of a blissful coda that’s as wide-eyed and evocative as they come. It’s that kind of album; for all its’ density and darkness, periods of blinding light are never far away. It’s that, more than anything else, which makes Instant Broadcast such a rewarding and enjoyable set.