The new album from Young Echo member Vessel comes to life in the splayed drum hits of “Febrile”, and it instantly calls to mind the way in which Nine Inch Nail’s seminal The Downward Spiral staggers into life with “Mr Self Destruct”, minus self-flagellating groans and grunts from Seb Gainsborough. That is no doubt good news for Gainsborough’s physical and mental wellbeing considering the state Trent Reznor got himself into recording his 1994 opus, and while the ensuing first track proper “Red Sex” is very much its own beast, as an immediate first impression the link lingers. 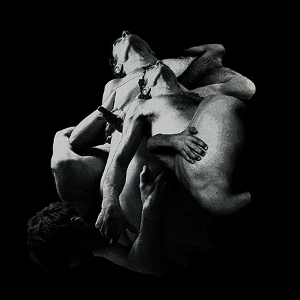 There is a something thrillingly live about the drum sounds, and an undeniable industrial thrust powers the engine of the track, while the lurid raunch of the synth renders the sleazy title so vividly you could never tell which begat the other. It’s a high impact dose of evocation that screams neon signs, grease stained walls and grimy mattresses, and it leaves you craving a skip backwards as soon as it finishes, but of course this is just the beginning of the album…

Indeed there is a, for want of a better term, ‘rockist’ spirit cantering at the core of Punish, Honey, and it feels as though it is pulling Gainsborough along on a chariot of staggering sound design through a course of his own gleeful design. “Anima” perhaps exemplifies this best as the thrumming drums lay down a bed upon which pealing guitar squawls and prog rock organ sounds can tussle. It’s full of cinematic bombast, seeming to almost bait the lofty notions of, say, the Border Community stable, giving a true display of dramatic musicianship without any of the twee trappings that can so easily make the music fall short. There is light and shade woven into the fabric of the music, and it all surges forwards together with hair-raising force. There’s no need for emotional specifics here.

It’s also hard to refer to any of the rhythms on Punish, Honey as ‘beats’ – the percussion is too visceral, too squarely placed in the middle of the room, to be anything other than loud, imperfect, wonderfully ugly drums. There are electronic percussive sounds to be sure, such as the meaty kick on outright industrial burner “Kin To Coal”, but even there it feels as though someone’s smudgy finger (presumably Gainsborough’s) has dished out the dirt. On the same track the strangled strings once again point to that metal head daemon lurking in every dank corner of the album.

There’s a wonderful marriage of noise-driven sonics and striking melodics at play, and it’s summarized perfectly on the dirty harmonising chords of the title track as it trudges a brief march through one of the few moments of calm on the album. When the mellower interlude piece is still laden with distortion and atonal interference, it tells you just how much audible force is being wrought around the record.

Order Of Noise (Gainsborough’s debut album, released in 2012) was already a strong artistic statement riddled with curveball styles of no classifiable origin, but somehow another giant leap forward has been made here. Gainsborough reportedly made his own instruments for the album, which no doubt feeds into the singular sound he has crafted. Whatever the case, his is an auteurs approach that runs far away from standardised electronic music tropes, and sounds all the stronger for it.