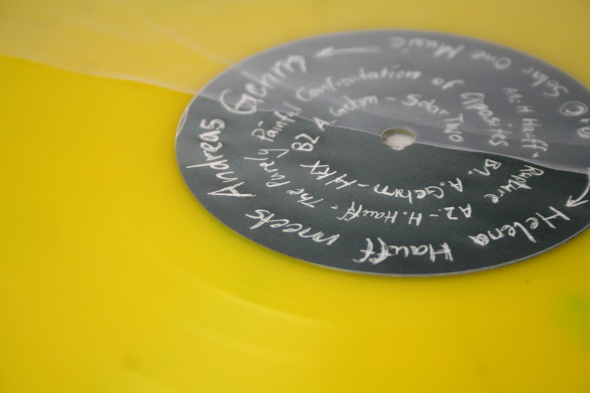 This release doesn’t come as a surprise, but it does see some of the participants taking sideways steps. Solar One Music is The Exaltics’ label and is usually home to various iterations of electro. Similarly, Golden Pudel resident Helena Hauff collaborates with Andreas Gehm to provide a more direct approach to the dance floor than is her wont. While her recent Black Sites release on Panzerkreuz was laden down with acid spirals, the accompanying sound design and supporting rhythms were lo-fi and murky.  On this release, the tracks sound more direct and functional. It’s a stretch to say that she has cleaned up her act, but there is definitely a more purposeful approach in her two contributions to Helena Hauff meets Andreas Gehm. 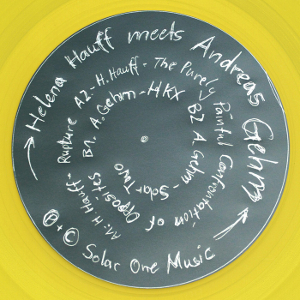 The only person who hasn’t changed that much is Gehm; while his release with Steve Poindexter on Mathematics delivered a deep, ponderous take on Chicago house, his work as Elec Pt 1 displays the kind of 303-led fury that underscores this record. “HKX” is similar to the kind of pounding acid track that Richie Hawtin made during the 90s as FUSE, led by gurgling acid licks and insistent razor sharp hats and featuring a repetitive robo vocal snatch.

“Solar Two” also sounds indebted to the Plus 8 back catalogue, with tough kicks shot through with a nagging central riff that is redolent of “Call It What You Want” or the evergreen Plastikman remix of System 7’s “Alphawave”. The key difference are the bass drums, low in the mix but still delivered with a gut-busting ruthlessness and sounding more inspired by Chicago’s primal house and techno. That’s also the source where “Rupture” by Helena Hauff derives its influence. Delivered amid a seemingly endless volley of doubled up claps, the deranged series of tweaks and tones that the Hamburg resident inflicts upon the arrangement sounds like she had just stumbled over the Roland for the first time in the studio.

There’s also a primal feel to the grandly-titled “The Purely Painful Confrontation Of Opposites”, but the groove is loose and has a discoid pulse and the drums are murky and indistinct. It shows that even when Hauff plays it straight, she finds it hard to shake off her shadowy signature.