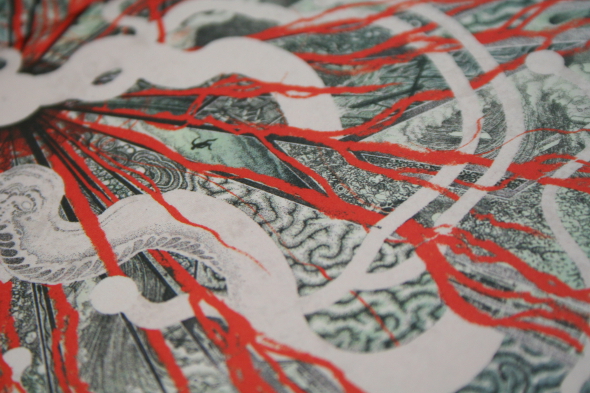 There’s always a certain sense of expectation that comes with firing up a Kevin Martin recording for the first time. It’s not simply a presumption of great things (which, depending on your taste, is generally a given), but more a prediction that heavy emotional weight and nerve-shattering experiences lie just around the corner. In any one of his many mighty endeavours, Martin has always gone the extra mile in punching through to the absolute core of the listeners psyche, channelling the physicality of soundsystem culture and the visceral rush of noise and matching it with a devilish ear for the uneasy and haunting. He’s not one for solely darkside behaviour though, as demonstrated in his taste for divine female vocalists in amidst his crushing constructions (ok maybe not Warrior Queen), and so an album title such as Angels & Devils promises a tussle between good and evil, the sacred and profane, on a biblical scale. 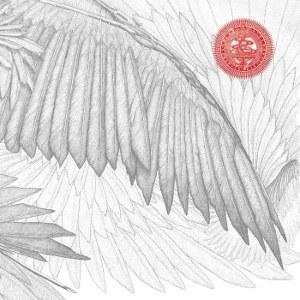 That impression wouldn’t be misplaced either; it’s hard not to be transported to a forbidding ecclesiastical institution when you listen to the looming organ tones of “Pandi” pealing out in a staggering show of strength without a drum beat in sight. It’s a spacious track that typifies the more measured forces at work on Angels & Devils when you consider it in context with London Zoo, the last long player from The Bug. Where that album was a distillation of urban brutality in the vague context of the dubstep upsurge, this latest collection has patience and reflection in abundance. Take the slow-billowing vapours of “Save Me” with its glacial melodic progression and an arresting strain of vocal from Gonjasufi, or the soothing undulations of album opener “Void” featuring Liz Harris’ serene coo. Within these tender moments there is of course still a struggle between polar forces, with the latter in particular fighting against a constant blizzard of static interference.

“Fall” meanwhile is positively anthemic in its juxtaposition of Inga Copeland’s celestial delivery and the magnificent force of the bassline, which is one so perfectly rendered it could stop just about anybody in their tracks. However, as the mid-point switch-up in the album reveals, such carefully balanced yin and yang on individual tracks is only half the story. If Gonjasufi, Harris, Copeland et al represent the titular angels, then it’s no secret from whence Flowdan came as he roars into life on “The One”, as surely the gates of Hades have been thrown open and a carnival of daemons is hammering out the samba to destroy all sambas.

Manga is equally nasty on “Function”, which comes on bigger and badder than any other grime tune you care to mention, monolithic in its stature with plastic synth horns pumped full of steroids and polished to be worthy of leading a battlefield charge. Death Grips brings a different flavour with his fired-up US flow on the poorly named “Fuck A Bitch”, and Martin responds with a nasty concoction of snaking bass and messy percussive splats with many a stop-start moment of drama.

While there’s a common stylistic theme between the tracks that make up the heavier end of the album, “Fat Mac” represents something of a diversion with Flowdan reaching for a more menacing performance loaded with restrained menace in the same vein as Spaceape at his most ominous. In keeping with this, the production behind it is a mean stalker dripping with atmospheric blasts of drone and crafty sound design occasionally rising into sheets of distorted chord in the chorus.

Between the two sides of The Bug there is no discernible winner here, and neither should there be. In placing this ‘good & evil’ context on his album, Martin has neatly demonstrated how he cannot bring one without the other. As on the forlorn ballads of King Midas Sound or the strangely terrifying optimism of “Rise Up” (released on his Acid Ragga imprint), to be either just happy or sad (or any other such one dimensional emotion) would be too contrived. In the shockingly tangible majesty of his production you can’t help but feel that Martin is just a little more real as an artist than so many of his contemporaries. With Angels & Devils he has masterfully summated the ever-tipping balance of energy in the world, both in the overall structure of the album and in the frayed tension of each track separately.