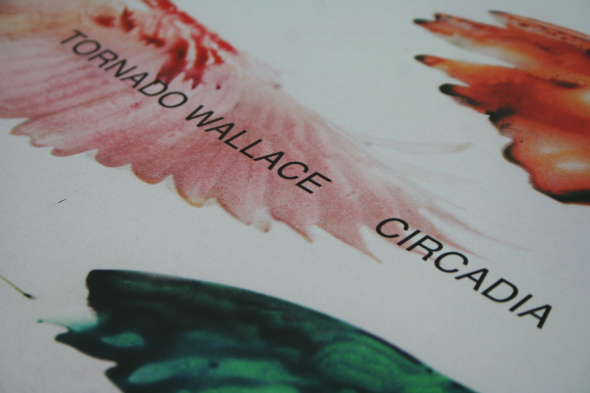 When considering the careers of certain electronic producers, it’s possible to accurately pinpoint their “breakthrough moment”. In some cases, this may be a 12” single that crossed over into the mainstream, a surprise dancefloor anthem or revelatory remix. In other instances, it’s a track, EP or -very occasionally – an album in which they abandoned their trademark sound in favour of something more adventurous, densely layered or musically complex. Melbourne producer Lewis Day’s breakthrough came in 2013 with the release of Desperate Pleasures, his first – and so far only – outing on Tim Sweeney’s Beats in Space imprint. 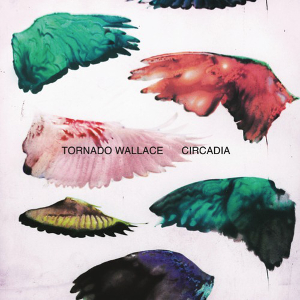 Whether you’d followed his career closely or not, it was a remarkable 12”. Day had initially made his name with a series of well made but largely functional deep house releases on Delusions of Grandeur and Instruments of Rapture. He then stepped back from releasing music for nearly two years, returning with Desperate Pleasures. It was a revelation. Slower, druggier and sparser, with greater use of wonky analogue equipment, shoegaze-influenced guitars and glistening Balearic textures, the three-tracker sounded like the work of Secret Circuit or Young Marco, rather than Jimpster or The Revenge.

Having finely tuned his production skills over years, Day was now in the position to create music that was more imaginative, densely layered and intriguing, with greater use of live instrumentation and a sound palette that eschewed the tried-and-tested in favour of something altogether more aurally stimulating. It may not have been a re-invention as such, the signs were all there beforehand, but Day’s subsequent work has been uniformly excellent. His first 12” for ESP Institute, Thinking Allowed, was particularly potent; while the title track saw him shuffling back towards his deep house roots, it was in a way that emphasized his new passions; vintage synthesizers, alien melodies, Italo-influenced grooves and rush-inducing pads.

Here Day delivers his long-promised follow-up for Lovefingers’ label, and pleasingly it’s another strong set of tracks. Like his 2013 releases, Circadia feels like another step forward. Stylistically, it fits in with the trademark sound he’s been developing since that Beats in Space release, though there’s enough variety and even more rich musical flourishes to suggest that he’s continuing to develop as a producer. If anything, it suggests that he’s ready to produce and release an album, something he may have been toying with for some time. As an EP, Circadia is decidedly tropical in feel, with distinctive new age house touches. It feels like a natural development from his 2013 work, with a few more audible references to the likes of Confused House and the various Mood Hut projects. There’s still a little more humid warmth on Circadia than you’d find from those projects, despite the picturesque and immersive nature of their output.

This is perhaps most notable on “Time of Nectar”, which is arguably the EP’s finest moment. Its’ twittering panpipe melodies would sound twee in the wrong hands, but Day’s deft touch ensures that they ripple with near-horizontal melodic intent. These combine well with a sparse, bongo-heavy polyrhythm and well-judged chords to create a distinctly Balearic mood; something emphasized by the presence of glistening guitar work from Land of Light man and fellow ESP Institute regular Jonny Nash. In the wrong hands, such sounds could veer perilously close to cheesy call centre “hold music”; thankfully, Day is a good enough producer to pitch it just right. As a result, “Time of Nectar” is borderline stunning.

The title track is a little bolder, with Day underpinning darting marimba melodies and choice chords with a heavy, cutely programmed “future voodoo” groove. There’s murkiness to the groove – emboldened by the addition of extra live percussion – that’s contrasted nicely by Day’s use of almost religious organs and celestial chanting. Again, it could be overblown and pompous – see King Britt’s misjudged recent album as Fhloston Paradigm – but it’s actually pitch-perfect. Certainly, it feels pleasingly uplifting.

Elsewhere, there’s proof that Day has not completely abandoned his dancefloor roots. While “Soft Light” features distinctly new age pads and yearning, almost sleepy melodies, it’s built around a formidably jackin’ groove. Machine drum kicks and handclaps are joined by darting electronics (reminiscent of those used by Paul Woolford on his brilliant remix of The Juan MacLean’s “Happy House” a few years back). Even when the drifting new age melodies come to the fore, it’s the heaviness of the rhythm that catches your ear; this is new age house, Chicago style. It’s a fitting end to another impressive outing from Day, whose productions just get better and better.