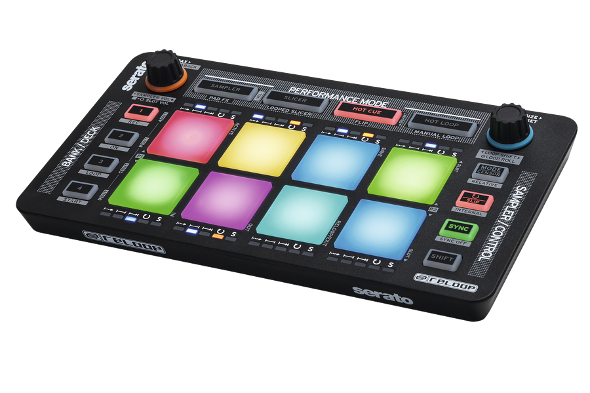 DJ and studio equipment manufacturer Reloop has announced plans to expand its ever-growing range of controllers with a new product called NEON. According to the company, the colourful device is suitable for digital vinyl users and controller DJs, with its eight coloured drum pads designed for triggering samples, cues, loops and effects. Each of the eight pads are ultra-low-latency and touch-sensitive and as Reloop explains, NEON is, “the most extensive Serato SP6 sample controller on the market.” NEON also features two endless push encoders for track navigation, volume control and loop editing functions.

Functions like Hot Loop and Manual Loop to Pad FXs, Slicer and Looped Slicer are just some of the eight power modes that can be accessed by NEON, which itself can communicate with up to four decks. Like recently announced DDJ-SSX 2 controller from Pioneer, the NEON takes advantage of the Serato Flip extension that was rolled out in July, allowing you to record and play back your own remixes or cue trigger sequences on the fly. There’s also capability to connect two NEON controllers via smart link function, which saves using up too many USB ports. For more info on the new controller visit the Reloop site.