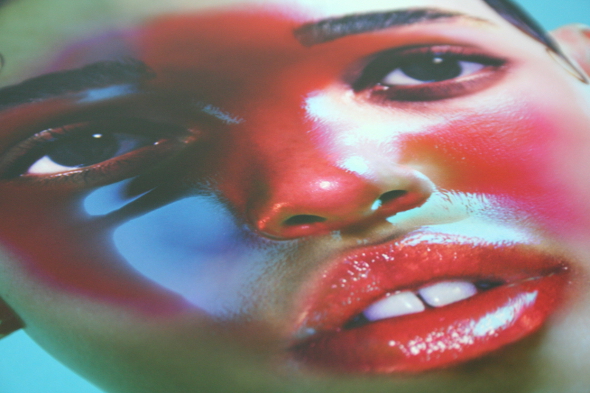 Werkdiscs, PAN, Umor Rex, Golf Channel, Avian and Shipwrec were responsible for some of the most impressive looking records in August.

The Nijmegen-based Shipwrec label has carved a niche for itself amidst the wealth of techno and electro-focused labels in The Netherlands, thanks to the calibre of musical and visual artists it has chosen to work with, and how they complement one another. Given the somewhat extreme tone of its latest release, the Twelve EP by German artist The Exaltics, it’s little surprise that Shipwrec elected to license an undoubtedly sinister illustration by Jaco Putker to use as the cover art. It’s taken from a series of works by Putker called From the Woods, From the Air exploring the creative and destructive powers of nature in a surrealist fashion, and can be browsed in full on the artist’s own website.

Thomas Bullock is most widely known for the various music projects he’s been involved in over the years, with the latest, the Spirit Bear Mezcal Ensemble, seemingly an extension of his new found endeavour of importing the Mexican alcoholic spirit. Bullock’s visual work seems much more underplayed, despite the fact he’s perfectly capable of producing artwork every bit as psychedelically charged as the music he’s been responsible for over the years. If you’ve kept up with his immediately cultish STD label you’ll be well aware of this, and another telling example arrived in August in the shape of the latest Mind Fair record on Golf Channel. Just as the music Ben Shenton and Dean Meredith make as Mind Fair is dizzyingly unclassifiable, it’s hard to decipher just what’s going on with the sleeve art from Bullock, though the loud bursts of imagery can’t help but instantly grab your attention.

Whilst the first few releases from Avian were white label affairs, Shifted’s operation swiftly adopted a more aesthetically pleasing approach (clear sleeves, finely cut cardboard inserts replete with striking imagery), which in fairness was aped by several other labels plundering a similar sound. As Avian has grown, the label’s visual approach has expanded too, with Shifted himself stating the recent reissue of Dual Action’s Auto Body was the best looking record his label has put out. Given that Avian licensed the music from Hospital Productions, it was a nice touch for the label to use the collage skills of Dominic Fernow that make Auto Body so impressive on the eye.

Having taken his name from the visually disarming style of pattern, it’s not been surprising to find much of Moiré’s recorded output to date presented in artwork that invariably leaves the beholder squinting. As Moiré revealed to Dummy recently, the artwork for Shelter is the result of a long process of creative sparring with DISGUISE, a slightly ambiguous designer he collaborated with. Whilst the end result may vary so much from the original idea to the point Moiré admits he has “no ideas how we got there”, the Shelter artwork is devastatingly effective despite its apparent simplicity.

When the time comes to look back on 2014 as a whole, it’s likely that three records released in August will compete for inclusion in the best dressed of the year; the FKA Twigs LP, Charlatan’s Local Agent album and James Hoff’s Blaster on PAN. Film maker and artist Jesse Kanda has played an integral part in the rise of FKA Twigs thanks to some stunning video treatments that really stretch the limits of what’s possible with digital media. His work on Tahliah Barnett’s debut album is just as impressive, with Kanda manipulating his own photographs of the musician in a manner that really complements the surreal nature of FKA Twigs’ music. The stills included in the deluxe edition (viewable here) are especially mind bending.

PAN gets plenty of props on this site – specifically on this column – and really there should be little need for justification. Sometimes the label’s penchant for issuing coloured vinyl in silk-screened PVC sleeves seems a bit misjudged however, especially with club ready releases like the Black Sites material that the less careful DJs out there (of which I am one) will invariably ruin due to miscare and record box abuse. The label changed design tack completely for Blaster, the new James Hoff album, adopting a more traditional album sleeve design that was nonetheless very impressive. With the sounds of Blaster driven by the effects of a computer virus on a Roland TR-808, it was wonderful to see Hoff and Kouligas collaborate on artwork that played on this compelling technological concept.

Brad Rose’s album length excursions under the Charlatan moniker saw him arrive on the globally-minded label Umor Rex, an outpost that pays particular attention to how its records are presented. Local Agent takes its stylistic cues from science fiction and cold war spy thrillers and it’s nice to see the label embellish these concepts visually through the photography of Cody Cobb and the overall design from Daniel Castrejón. Taking the various physical elements making up Local Agent into consideration as a whole, it’s not a stretch to say the album is one of the prettiest packages you might grip this year.