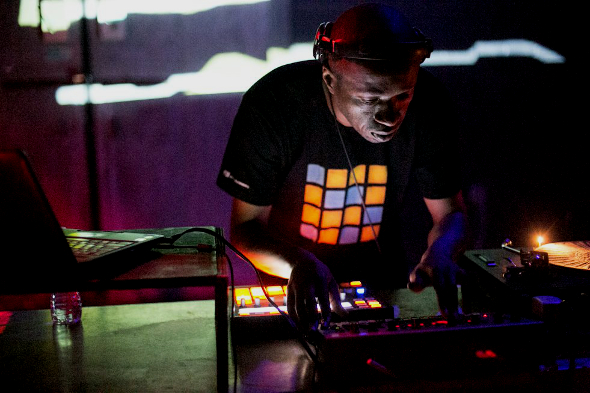 Terrence Dixon is set to drop a second Population One LP on the Amsterdam-based label next month.

Whilst Terrence Dixon lamentably announced plans to retire from production earlier this year, the Detroit native later clarified that there would be “projects that I made before my announcement” surfacing in the ensuing period. The first of those was A Mind Of His Own, an excellent Population One 12″ released on Juan Atkins’ Metroplex label, whilst Dixon also contributed an exclusive production to Ryan Elliott’s recently released Panorama Bar 06 mix. In his review of A Mind Of His Own, editor Tony Poland stated that if the record was to be “one of the last records Terrence Dixon puts out, it arrives via a rather fitting label in the newly reinvigorated Metroplex”, as they were the first Detroit-based label to pick up on his Population One material.

As reported elsewhere today, Dixon is set to grace Rush Hour next month with a new Population One album called Theater Of A Confused Mind, which is as equally fitting as the recent Metroplex release given the fact that the Spuistraat-based label is named in honour of the classic Population One track “Rush Hour”. The forthcoming eight-track album is due sometime next month, and arrives some 20 years after Dixon debuted the project with the 1994 debut album Unknown Black Shapes on Claude Young’s Utensil label. Having contacted Rush Hour for more information on the project, we’ve been told that there is nothing more to add for the moment beyond what has been posted on the label’s website.

Album opener “Out Of Control” has however been granted a video of sorts and it would imply Theater Of A Confused Mind will continue the run of sparse and slightly paranoid techno Dixon has been exploring as Population One on his excellent Reduction label.

Rush Hour will release Theater Of A Confused Mind by Population One in September.