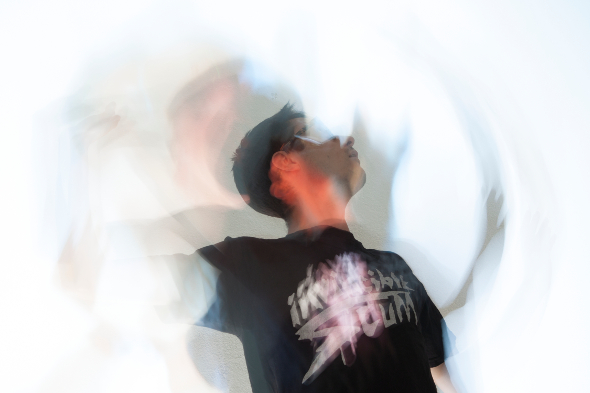 Announced with a typically obtuse press release penned by J R Seaton himself, the forthcoming Suzi Ecto album offers something of a departure from the crafty techno productions the Berlin-based artist (pictured above) has released recently for Houndstooth and The Trilogy Tapes as Call Super and Ondo Fudd. It has however proved to be one of this year’s more compelling long players for the Juno Plus editorial, as new detail reveals itself with each listen. Call Super fans eager to sample its peculiar delights can have their appetites sated somewhat by the below video for album track “Sulu Sekou”.

Due for release as a (slightly) shortened edit on dinked 7″ format (45 adaptors at the ready) two weeks before the arrival of Suzi Ecto, the Dresvn goes No Wave sounds of “Sulu Sekou” are complemented well by Call Super’s choice of visual artist. Lydia Corry’s treatment is formed of a collage of found handicam footage with the searing heat and man made landmarks of Las Vegas, Nevada the apparent binding theme.