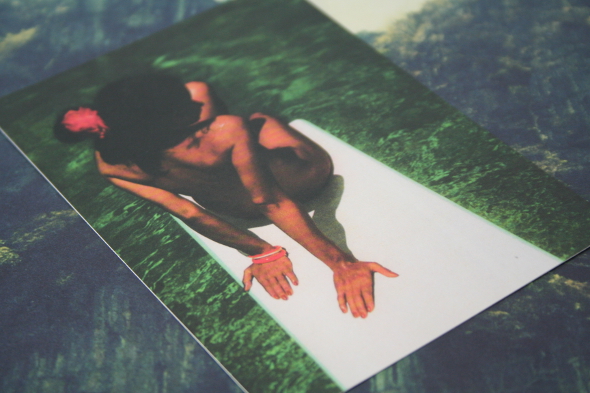 It’s always dangerous to assess the quality of a label on the basis of a handful of releases, but so Lobster Theremin hasn’t put a foot wrong since launching last year with Palm Trax’s brilliant Equation EP. Indeed, you could say Lobster Theremin has established itself as a must-check imprint not afraid to shake things up at every opportunity. In the last 18 months, the label has various delivered murky, acid-flecked techno from Snow Bone, the hazy, sub-aquatic deepness of Steve Murphy’s largely overlooked Relax EP, humid, new age-influenced goodness via Route 8 and wonky, bass-heavy, pitched-down Detroit techno from Crisis Urbana’s Rawaat. 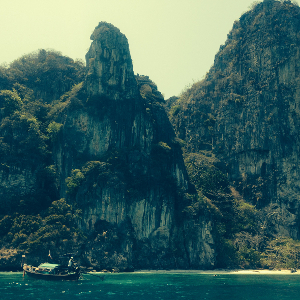 While Lobster Theremin’s eclecticism should be applauded, there’s method in their madness. While famed for stylistic shifts, each of their releases relies heavily on analogue sounds and a mature, knowing production style. Even their most stripped-back efforts seem to come blessed with just the right level of effortless beauty. The label’s sound is raw, but also boasts unquestionable warmth that’s particularly attractive. In other words, the quality threshold is high, whatever direction they go in.

All these qualities can be found on Lobster Theremin’s latest missive, a five-track salvo from little-known producer Imre Kiss. The Hungarian made his debut last year, delivering an intriguing cassette album for Farbwechsel that joined the dots between abstract electronics, fuzzy ambience, scratchy techno and bustling analogue house rhythms. It seems to have fallen through the cracks a little, though it was one of the most promising debuts of 2013 to these ears.

The Raw Energy EP is nowhere near as pleasingly out-there as that debut, but it still retains an undercurrent of ghostly electronics, intoxicating textures and off-kilter atmospherics. This is perhaps most notable on opener “Stellar 0102”, an immersive surge of claustrophobic ambience where the spookiness of the chords is only matched by the scratchiness of Kiss’s popping, crackling textures.

Similar accolades could be spoken about closer “Belief”, a slow jam built around yearning chords – dreamy in a kind of hallucinatory way – soft focus percussion and repetitive loops of barely audible, cut-up vocals. Percussive hits ricochet around Kiss’s enveloping sound-space, slowly drawing you in. It’s nowhere near as suffocating as “Stellar 0102”, but it’s the sort of track you can get lost in. Once you’re there, you’ll never want to leave. It’s the same for
“Spellbound”, a similarly sludgy, texture-laden foray into ultra-deepness that’s as soft and malleable as a freshly made batch of Play-Doh. Kiss does mesmeric so well.

Elsewhere on the EP, Kiss balances these sublime, horizontal soundscapes with music aimed squarely at the dancefloor. Perhaps the most impressive example is the title track, which sounds like a spontaneous analogue jam session committed to wax with minimal edits and tweaking. The elements are relatively sparse – think clanking machine drums, relentless cymbal rides, snaking acid lines and swelling synthesizer motifs, all swaddled in hazy, near endless chords –but there’s a typically involved feel to proceedings. Even at his roughest, Kiss still impresses with his musical nous.

The EP’s other dancefloor-centric salvo, “Non”, is arguably the weakest of the quintet. While still quietly impressive, it lacks the occasionally oppressive, filled-out production of it’s’ stable-mates. Sure, the long, drawn-out chords and wistful melodies are still present, but there’s a relative brightness to the sound that jars a little. I suspect it will be a grower; certainly, it lacks the impact of the rest of the EP, despite its’ obviously picturesque qualities. It feels wrong to criticize it given the overriding quality of the EP, but it distracts a little from what’s otherwise another impressive release from the on-point Lobster Theremin camp.