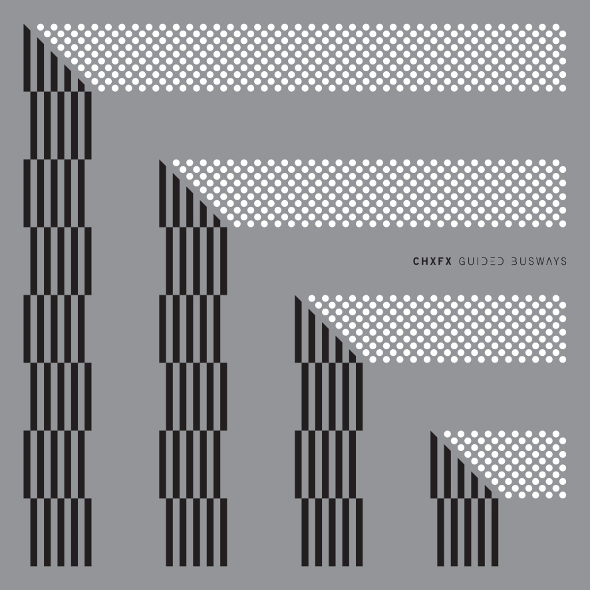 The Cambridge producer will adopt his more experimental CHXFX moniker for Guided Busways and Undercroft, which will be released on one LP.

Despite having just released the Thrusters album on RAMP Recordings earlier this year, Cambridge-based producer NOCHEXXX has revealed details of a further two long-players to be released later this month on the Polytechnic Youth label under his CHXFX alias. While the producer’s material under his main alias has been ploughing a beat-driven furrow since first appearing on Werkdiscs back in 2010, his CHXFX moniker has been responsible for more experimental free-form synth excursions on Further Records and Feral Tapes over the past few years.

Taking the form of a single vinyl LP with an album on each side limited to 100 copies, both Guided Busways and Undercroft come with some intriguing concepts attached. Speaking to the producer via email, NOCHEXXX told us that Guided Busways is inspired by a guided bus transport system near to his home, and that Undercroft is a single 17-minute track inspired by the ongoing campaign to save the skateboarding undercroft at London’s Southbank Centre. Both sides of the record are streaming in full below, but in order to get more information about the ideas behind the albums we asked the producer a few more questions via email.

CHXFX serves as a therapeutic breakaway from my probation master, NOCHEXXX. Allowing me to experiment with new inmates using an entirely different production vocabulary – not confined to the MPC prison camp arrangement! Usually, punked out quickly with vague concepts in mind. When the muse hits, it feels more like automatic writing, rather than slaved upon carpentry methods. Each side of this LP was recorded in one day, something that never happens in NCHX’s world.

The Undercroft album is something inspired by the ongoing issues over the possible relocation of the Southbank skate undercroft. What’s your relationship with the skate scene there? Is it somewhere that means a lot to you personally?

I’m ashamed to say I’ve yet to skate there (plan to rectify this ASAP), but having skated street for most of my life it’s not hard for me to feel strongly about the issues surrounding Southbank. The value of Southbank is priceless and should be preserved at all cost. If you’re not familiar with the Southbank campaign, please watch this short doc – it explains the situation far better than I could.

It sounds like you’re using field recordings of the undercroft in the album – where did the idea come from to make an album about it?

Maxim Lucas (one half of the Plastic Horse animation team and designer of the sleeve art) sent me a zip of undercroft field recordings and asked if I wanted to do something. All this was his idea! I’ve always wanted to give back something to skating, so it was a no brainer as it’s been a major part of my life. Giving it up was one of the stupidest things I’ve ever done. Recently I have been getting on my board again, but I’m totally rubbish now.

Just down the road from where I live they’ve built a guided bus transport system. It’s my favourite place at the moment. They’ve spent 180 million on it, and I use the pedestrian lanes to hunt for Animalchin and look for Wallows, haha. It’s a deep topographers dream. As for the music, the concept is pretty vague – I won’t pretend there’s some wanky backstory, but I did fall in love with the thought of ‘Guided Busways’ being a production method of setting up unusual C.V. lines and exploring hidden channels.

Why did you decide to release them both on one 12”? Do they feel like companion pieces to you?

I’ve always wanted to make a record with two front covers, so that’s one reason, but I also dug the perversity of having one side with 14 short pieces, and one giant brutalist slab on the other. Also, there’s a yin/yang aspect – Guided Busways is quite pretty I think and feels routed to the fens and its surrounding countryside. Undercroft is inner city brutalism writ large. I liked to think both records are are concerned with transitioning movements, although I may have blagged that last point!