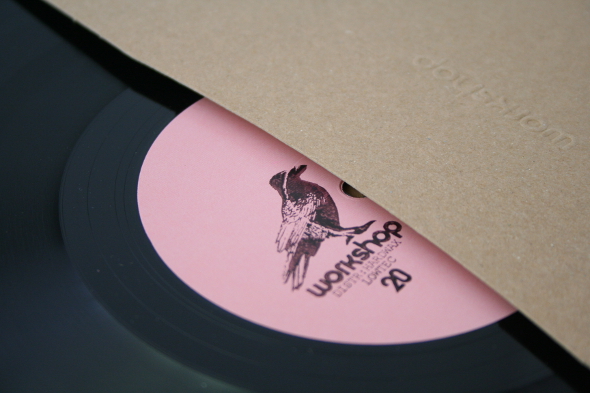 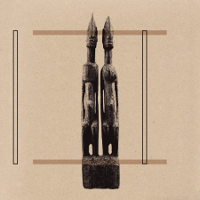 Last year saw the re-release of US composer Craig Leon’s seminal Nommos album from 1981, a concept album based around mythical deities worshipped by tribes in West Africa. Made around the time Leon was helping to shape the early NYC punk and new wave scene with his assistance on landmark debuts from Suicide, Richard Hell, The Ramones and Blondie, the record was reissued without Leon’s blessing. Enter RVNG Intl, who offered to put out a fully sanctioned re-recording, using the exact audio signals as preserved in the album’s original studio notes. As you’d expect from a RVNG record the package is a delight, also featuring a new version of his Visiting album, and two essays from Leon himself.
Listen/buy vinyl 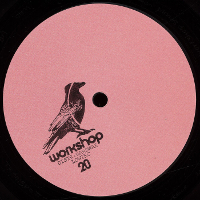 There are few things more welcome than a surprise record from the Workshop stable, and this twentieth release bearing the iconic logo is especially exciting given that it provides the first appearance on the label of Lowtec for some six years following releases on Laid, Nonplus and Smallville. If you’re familiar with his style you’ll know what to expect – his use of soulful vocal samples, brushed percussion and angular structures of house and techno are all present and correct – but when they’re executed as well as this it’s hard to argue. The slow, creaky techno plod of “Track 3” is our favourite, packing just as much wiry funk into the space between the beats as labelmate Kassem Mosse.
Listen/buy vinyl 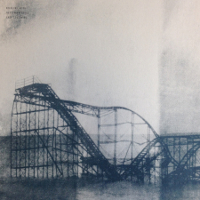 Formed of Giegling co-founder Herr Koreander and Leafar Legov, Kettenkarussell were responsible for the Weimar label’s first release back in 2009 with the I Believe You And Me Make Love Forever 12″, a record whose melancholic take on minimal set the template for the label’s many releases to follow. Easy Listening is the duo’s first full-length, and more than expands on the promise of their two records so far, with a haunting blend of downtempo grooves, sumptuous deep house and even queasy Boards of Canada style melodic ambience. Easily one of the label’s high points.
Listen/buy vinyl 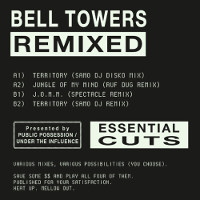 London-based Australian Bell Towers has fast turned into one of our favourite new artists in the nebulous zone between house, techno and disco, and this record on his regular haunt Public Possession sees three other esteemed artists get a chance to take on the young producer’s work. Reworking tracks from his Territory 12”, Born Free’s Samo DJ creates two equally minimal but wildly different takes on “Territory” which take that track into a more hypnotic place, while Ruf Dug and Spectacle create chunky floor-fillers out of “Jungle Of My Mind”. If you’re looking for something deep this week that doesn’t fit the usual template, this is highly recommended.
Listen/buy vinyl 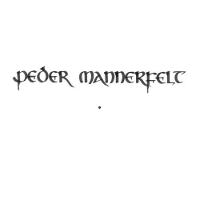 With an album for Digitalis and a 12” for his own label so far this year, Roll The Dice member Peder Mannerfelt has recently had what is probably the most productive period of his storied career so far. This 12″ is the second of the year for his label, and it’s just as heady a mix of monolithic structures built out of sentient signal paths and menacing rhythms. Though Mannerfelt’s productions may seem to lack that furious forward momentum of most techno, his music is perhaps even more deserving of the title than most, especially during the threatening kicks and piercing snares of “Titled I”.
Listen/buy vinyl 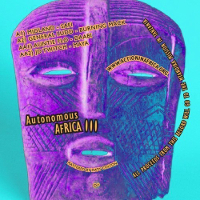 An idea from Optimo’s JD Twitch which came to life back in 2012, the first Autonomous Africa record featured edits from Auntie Flo and Twitch, and was a means of raising money for Médecins Sans Frontières. Last year’s effort roped Midland in to raise money for The Mtandika Mission in Tanzania, a cause which will also benefit from this third edition, featuring all new tracks from the three previously mentioned artists and the newly recruited Mister Saturday Night production unit General Ludd. As with previous issues, the musical standard throughout is impeccably high, with the dubbed out weirdness of General Ludd’s “Burning Mack” a particular highlight.
Listen/buy vinyl 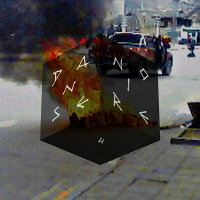 Aisha Devi’s Danse Noire label has quietly become one of the most interesting new labels of the past year, with releases from Devi herself, El Mahdy Jr and Vaghe Stelle all offering their unique interpretations of the label’s tagline “Ritual Music”. Devi’s second record for the label is the most uncompromising yet, featuring “Hakken Dub”, what the label describes as a “gabber tribute anthem retooled into something ethereally new yet club-friendly”, and “Throat Dub”, which is possibly the first use of throat singing in a club tool we can think of. The remixes are just as excellent, as rave enthusiast IVVVO turns the title track into a pulsating techno number, and Hieroglyphic Being delivering a joyously messy acid track full of swing.
Listen/buy vinyl 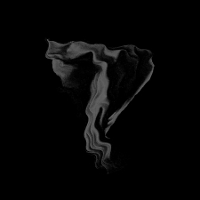 Earlier this year, Young Echo members Vessel, El Kid, and Jabu made their Blackest Ever Black debut with their Killing Sound project, with the four-track self-titled EP presented rather provocatively by the label as “oblique soundsystem murders”, pressed “obnoxiously loud.” This swift follow-up may only be a one-sided 12”, but “$ixxx Harmonie$ Version” takes the original “Six Harmonies” track from that EP and cranks everything up to 11, transforming it into a face-melting jungle juggernaut. To be listened to very loud.
Listen/buy vinyl 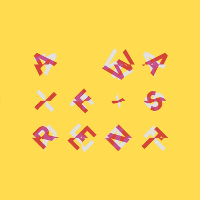 Despite having only made their debut a few weeks ago on Diagonal with the O Unilateralis 12”, the Bronze Teeth duo of Factory Floor’s Dominic Butler and L/F/D/M’s Richard Smith make a swift return with a second trio of tracks which dissect techno, noise and industrial sounds before splicing them back together into mutant forms. Despite the furiously pulsating synth line of the 13-minute “Albion Pressure” offering some of the most powerful Diagonal tackle to date, the subtle sub bass of “Cut Bronze” and ear-splitting frequencies of “Tephra” are just as punishing in their own way.
Listen/buy vinyl 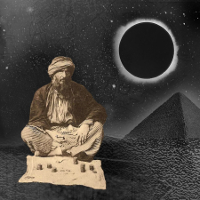 Hailing from Treviso in Italy, Healing Force Project has been responsible for a number of strange techno records for the likes of Acido, Sequencias and Eerie in recent years, creating delightfully abstract structures out of alien sounds, and Omicron Segment is undoubtedly his oddest work yet. Less techno and more interstellar jazz in a Sun Ra vein made with some choice pieces of hardware, Omicron Segment was originally released on limited CDr on Eclipse Music last year, but this new vinyl version is well worth checking out for those who missed it first time around.
Listen/buy vinyl