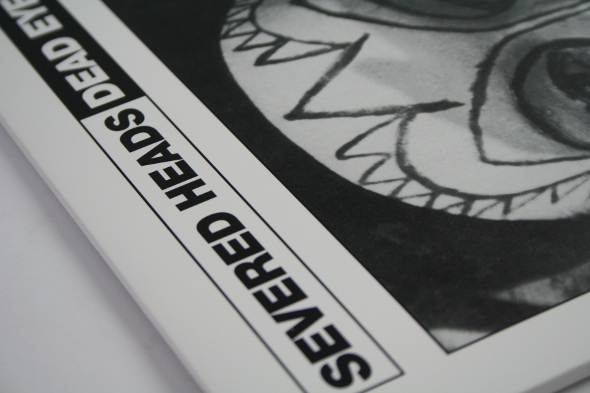 Records from Actress, Alessandro Cortini, Koehler, Hakim Murphy and more were among the best vinyl cuts this week. 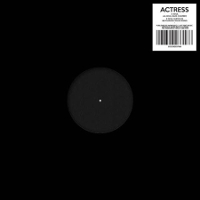 Despite Darren Cunningham implying that this year’s Ghettoville album would be the end of Actress, stating that it was “the bleached out and black tinted conclusion of the Actress image”, Cunningham has nevertheless sneaked out an all-new EP under the Actress name, proving our fears were unfounded. Entitlked Xoul, the four tracks are like a combination of Ghettoville‘s bleak, grit-encrusted sound, and the labyrinthine structures of Aphex Twin and Autechre. As it’s vinyl-only it probably won’t stick around for long.
Listen/buy vinyl 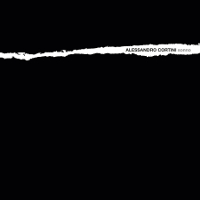 Dominick Fernow’s Hospital Productions label has delivered a few surprises in its time, but this solo record from Nine Inch Nails member Alessandro Cortini ranks among the biggest. Given their shared interest in the industrial aesthetic, they make a logical pairing, but Sonno is a remarkably delicate collection of ambient tracks, made only with a Roland MC 202 fed through a delay pedal, and a collection of ambient sound recordings made throughout Cortini’s travels. Not only is it one of Hospital Productions’ most unique releases, but it sounds like nothing else in the current landscape of ambient and synth experimentation. Killer stuff.
Listen/buy vinyl 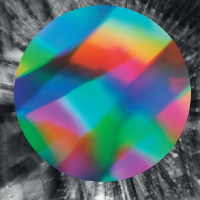 Regardless of what you think about Kieran Hebden’s music, you can’t deny that the man has impeccable taste in remixers, as anyone who heard the classic Joy Orbison remix of “Love Cry” from 2010 will attest. Winding down proceedings on his Beautiful Rewind album from last year, Hebden has assembled a formidable line-up of rising producers to put their own spin on tracks from the LP, with Detroit prodigy Jay Daniel, Seven Davis Jr and London producer PhOtOmachine all putting their spin on Hebden’s kaleidoscopic style. For us it has to be Seven Davis Jr’s gooey take on “Buchla” that takes the crown.
Listen/buy vinyl 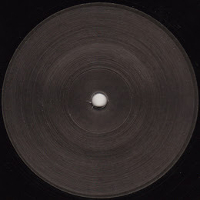 We’ve been waiting eagerly for new material from Koehler ever since his first record of hardcore-influenced techno dropped on Skudge White last year, and this appearance on the unstoppable Berceuse Heroique doesn’t disappoint. Both “Dynasty” and “Deleted Scene” are filled with the kind of weighty breakbeat rhythms and raved-up sci-fi synths that made his debut so great. There’s also an ambient track called “Spiral Light”, whose expansive sound reminds us of some of Lee Gamble’s jungle-inspired Diversions 1994-1996 material. As is always the case with Berceuse Heroique records, don’t even think about asking for a repress.
Listen/buy vinyl 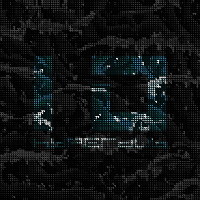 The second of four promised compilations from Hyperdub this year to celebrate their tenth year of operation, Hyperdub 10.2 this time focuses on the songwriters of the label, which which ”casts some sunshine” over the label’s unfairly gloomy reputation. While vocalists like Jessy Lanza, Cooly G, Dam Funk and Fatima offer the most obvious examples of the compilation’s concept, the inclusion of the sampled vocals on tracks from Burial and DJ Rashad show how Hyperdub have interpreted the idea in a clever way. For us though, the highlight has to be the inclusion of some unheard material from Dean Blunt and Inga Copeland.
Listen/buy vinyl 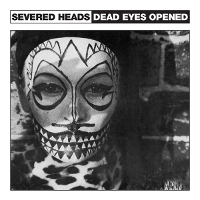 Dead Eyes Opened has been issued a number of times already, but the Severed Heads classic is one of those records whose canonical status is well deserved. This reissues also comes from the consistly brilliant Dark Entries, who have gone above and beyond with this reissue, replicating the original artwork beautifully and including a double sided poster with a photo of the band and liner notes and press clippings. This week also saw reissues of Xymox’s synthwave classic Subsequent Pleasures and the Front 242 influencing self-titled debut from 1983 of Philadelphia band Executive Slacks, both of which are well worth checking also.
Listen/buy vinyl 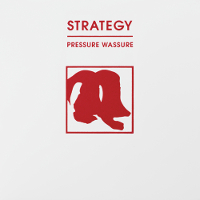 Portland-based producer Strategy is always pleasingly difficult to pin down, having adopted a number of styles across a 15-year career which has seen him release on labels as diverse as Kranky, 100% Silk, Endless Flight and Idle Hands. Pressure Wassure is his second appearance on boutique LA label Peak Oil, which focuses his attentions on early ’90s UK hardcore. However, while the frantic rhythms may recall the era, the textures and playful melodies are undoubtedly that of Strategy, offering an intriguing spin on the hardcore revivalism that’s been doing the rounds lately.
Listen/buy vinyl 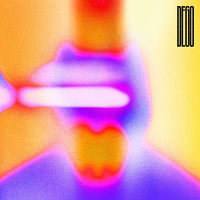 Beloved by many (including us) for his work as part of the veteran London outfit 4hero, Dego has recently found himself a whole set of new fans thanks to attention from labels like Eglo and Berceuse Heroique, who have both issued new or classic material from the producer in recent months. Now it’s the turn of FaltyDL’s Blueberry imprint to put the focus on the producer’s peerless broken beat productions with the apty named Nuts! EP. If you’re wondering why it’s called that, the title track’s combination of soulful synths and quacking samples should give you some idea!
Listen/buy vinyl 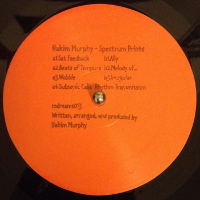 If there’s anyone who can rival Conforce, Legowelt and William Burnett in the productivity stakes, its Chicago producer Hakim Murphy, whose solo output and collaborative work with Ike Release as Innerspace Halflife can be difficult to keep up with. This week he added another record to his bulging discography by slipping out the vinyl-only Spectrum Prints album on his Machining Dreams label. Rather than an LP of hardware techno however, Spectrum Prints allows him the opportunity to indugle his experimental side, with “Subsonic Cools” even entering the realms of musique concrete.
Listen/buy vinyl 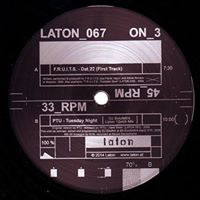 The Vienna-based Laton label has been putting out left of centre dance music since 1990, and this latest release sees some archival material from Moscow duo F.R.U.I.T.S. unearthed with a typically wild DJ Sotofett remix of PTU’s “Tuesday Night” on the flip. The A-side sees “DAT 22 (First Track)”, which balances glitchy minimal beats with the kind of bass which can destroy speaker cones. Sotofett’s contribution on the flip is as wild as you’d expect, sounding something like early synthwave fed through a digitiser, scrunched up, reversed, and somehow laid out into something eminently danceable. The weirdest techno release of the week by a mile.
Listen/buy vinyl