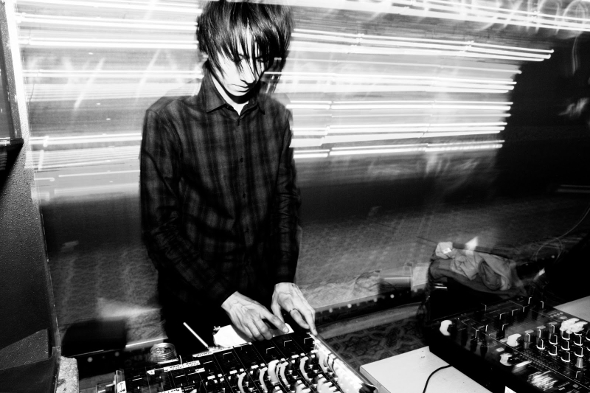 The Japanese artist brings his destructive style of techno to Perc Trax by supplying the UK label with his first solo EP.

In a 2010 interview Surgeon explained the title for his track “The Crawling Frog Is Torn and Smiles” from the Compliance Momentum 12″ was, “a literal English translation of the title of an obscure Japanese fetish movie,” adding, “I love the way that Japanese directly translated into English can become strangely poetic and slightly wonky.” At Juno Plus, we like to think the title belonging to Japanese producer Yuji Kondo’s Perc Trax debut, Radiate The Ocean From My Back, has a similar story. Kondo has proven a menacing force on remix duties with his shake up of Skirt’s 2013 “Tumulto” essential listening, while his remix for Sawf’s Menete EP provided Kondo with the rolling start he needed to debut on Perc Trax in full.

This will be Kondo’s first solo EP under his own name, after hooking up with a range of European techno artists and labels for several collaborations and split EPs since his emergence at the turn of the decade as Steven Porter with Katsunori Sawa. It’s the biggest showing of solo Kondo material, following this year’s Cycles, Children And Islands EP under his Ducerey Ada Nexino alias. Fans of the Japanese producer’s music won’t be disappointed with this EP as each track is arguably harder than the next, with “Lose The Ability To Withstand Existence” an absolute clamour of industrial beat-making. A press release has also suggested Kondo will be making his way over to Europe for a “devastating live show” which we hope will arrive later this year.

Perc Trax will release the Radiate The Ocean From My Back EP by Yuji Kondo on August 28. 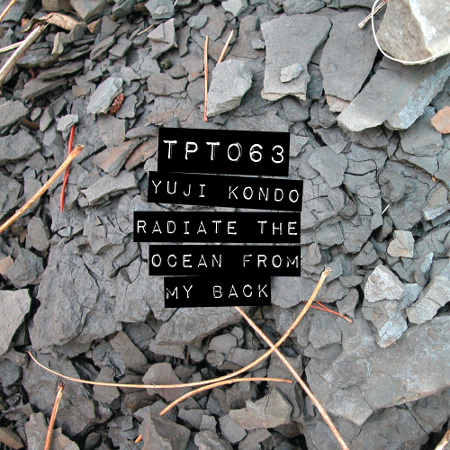 A1. Radiate The Ocean From My Back
A2. Unvanquishable Number
B1. Something For Those Who Wait
B2. Lose The Ability To Withstand Existence