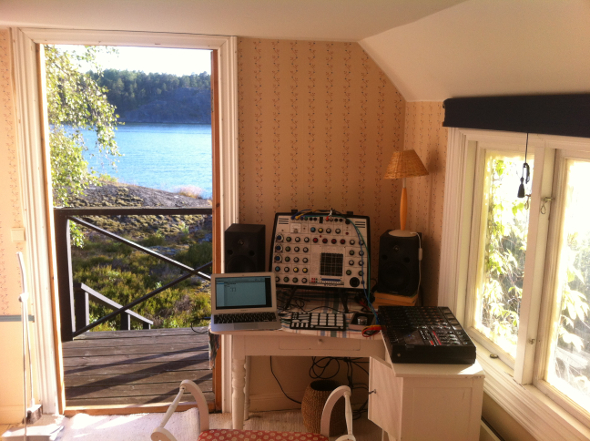 We have a full stream of the Swedish producer’s forthcoming five-track release on Peder Mannerfelt Produktions.

In a recent interview with Juno Plus, Mannerfelt revealed the summer of 2013 was “the first time in my life I could just bang out tracks”. The results of this productive period has thus far manifested in various interesting forms, such as the Lines Describing Circles album for Digitalis Recordings, a various artists EP for close friend Pär Grindvik’s Stockholm LTD label, and perhaps most importantly inaugurating his own Peder Mannerfelt Produktions with the hefty seven-track PM001 released earlier this year.

A second release on the label from Mannerfelt, titled simply PM002, is due for release on July 21 and can be previewed in full below exclusively on Juno Plus. The EP presents five more humming signal paths of discombobulated synth patterns with emphasis toward sound-sculpture over traditional rhythmic groove.