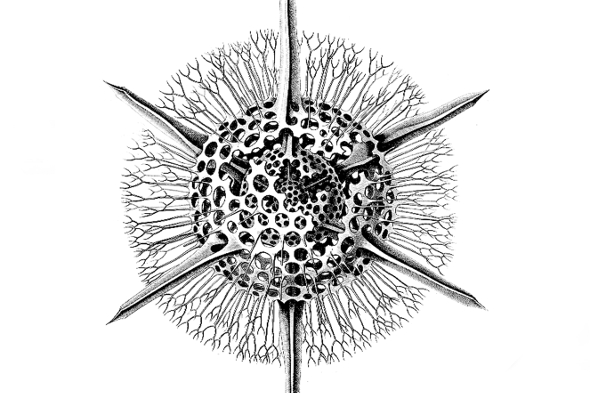 A woman stands at the edge of a cliff. Looking over, she feels both an immense fear of falling, and, inexplicably, a terrifying impulse to purposefully throw herself off the edge. The complete freedom to choose one’s own destiny, to throw oneself off or to stay put, was what Kierkegaard called the “dizziness of freedom.” It’s also an applicable term for the dirt-caked rave sounds of Ian McDonnell’s stylistically nomadic Eomac project. McDonnell’s music skitters across the spectrum somewhat disorientingly – his recent Spectre LP showed that he could hop between sounding like an Irish counterpart to Function or Shed, while other times sounding much more reminiscent of _moonraker’s obtuse, nerve jangling rhythms. His fanbase seems equally varied, with support for Eomac comes from house staples such as Nina Kraviz and Anthony Naples, as well as a somewhat different corner of the dance music spectrum – most notably Thom Yorke and Aphex Twin. 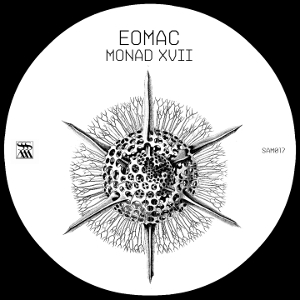 So, positioned somewhat murkily between kinetic rave sounds and doomy philosophical sentiment, Monad XVII finds McDonnell flexing an aptness at both. Following Rrose and Kangding Ray’s wicked efforts on the experimentally-inclined Monad series from Lucy’s Stroboscopic Artefacts label, opener “Tube” shows that McDonnell isn’t willing to sacrifice danceability in the name of experimentalism. Sounding like an ominous spherical obelisk slowly descending from cloudy skies, “Tube” utilizes repetitive thrumming oscillations and the sound of whipping wind to paint a dystopian visual landscape. Lulling the listener into a false sense of security, its patterns lower and fades into nothingness until the four minute mark brings down a thundering sucker punch of bass, the kind of emission that shoots out of the mouth of a Giant God Warrior in Studio Ghibli’s latest short film about giant monsters disassembling cities.

“Moon Obelisk” may cause the listener to feel like they’ve been infected by the strange cell adorning the cover art of Monad XVII, impacting the feeling of tiny microscopic drills dancing on the tip of your skull. Here, McDonnell takes a page from Rhythmic Theory’s austere earlier productions, and trades in the singed abrasiveness of tracks like “Tunnel” on McDonnell’s Hither Pappy EP, for more precise web of pinprick patterns. Comparatively, “DF4” laughs at the idea of restraint, as it barrels through its duration with tactical percussion that recalls Anthony Parasole’s “Quickstrike 01” and an avalanche of scrambled radio signal fuzz that threatens to envelop every other element of the track.

But for all McDonnell’s proficient stylistic changeups, EP closer “We Are All Going To Die” ventures into uncharted waters, while also striking a surprisingly touching note. The refrain – “we are all going to die / we are all the same / we need to love not fight ” – sounds like it’s being uttered from the mouth of a dying cyborg spitting out broken teeth onto the terrain of some futuristic battlefield, a plea for taking care of each other amidst the chaos and senseless violence of the world. More than just a toss-away monologue, it really hammers home the existential dizziness of existence, positioning the listener at the edge of that very same cliff that Kierkegaard talks about. The sonic ledge that Monad XVII is perched on meshes the hedonistic escapism of the club with the unsettling recognition of one’s own mortality in a way no other release in recent memory has, and certainly positions McDonnell as a formidable figure responsible for furthering techno’s increasingly sinister permutations.