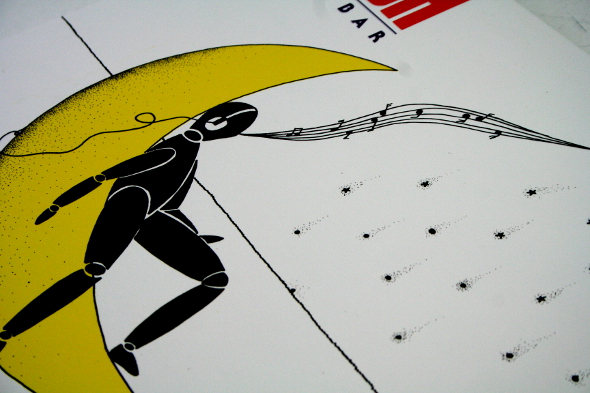 Tis the season to return to the superficial pleasures of past Italian summers, and to dance all night in abandoned discotheques by the murky Adriatic sea. Bang on the summer solstice, Dark Entries bring out a strange and interesting trio of Italo 12’’s, which in a sense cater to whatever your preferred strand of Adriatic sound may be: Art Fine’s Dark Silence (tinged with the epic brushstrokes of dark wave à la Fockewulf 190), Peter Richard’s Walking in the Neon (a driving hi-NRG metropolitan affair) and this little gem, Helen’s extremely rare Witch / Zanzibar. 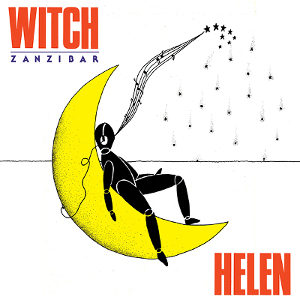 Witch and Zanzibar hail respectively from 1983 and 1985, from the factory of neon fantasies and banal creativity – I say this with love, respect and gratitude – that was Severo Lombardoni’s Milan-based label Discomagic. The product of typically Italo fakery, Helen is a fictional character created by a team of writers and producers of varying fame and fortune initially embodied by Elena Ferretti, a session vocalist with dozens of euro-disco productions to her name. What we have here is this imaginary creature’s first two singles, the dawn of a career which begins almost experimentally, builds to a lovely plasticky languid sound and continues semi-gloriously up until less acceptable adventures in plagiarism circa 1989.

Witch, the first Helen operation, which appears both in its vocal and instrumental mix, is a bizarre and complex track, sustained by layers of sophisticatedly arranged LinnDrum and Simmons drums, featuring vertigo-inducing octave shifts and Ferretti’s breathy but muscular voice singing about a mysterious, ‘bewitching’ girl. Like a lot of other Italo hits and non-hits, “Witch” is two tracks rolled into one: the darker, more science-fictional atmospheres of the verse open up onto a chorus in major which dramatically discards a jagged nocturnal rhythm and gives in to a very addictive, but also much less interesting pop melody.

As ever in Italo, there’s a sort of squandering of great melodies here, and this is refreshing, exhilarating and one of the joys of the genre; it makes for a rich, intricate track, but also one which keeps swinging away from you when you want it to stay. Therein lies its downfall, in a slight frustration – but also, of course, its seductive power. Paradoxically perhaps, “Zanzibar” provides the longer lasting pleasure of this record despite being musically much less inspired. A profoundly glamorous, sensuously seedy track, “Zanzibar” belongs to the happy canon of post-disco which used to be referred to in Italy at the time as ‘sexy music’. The new Helen – vocalist Daniela Paratici, also a session star – purrs in French and English about making love ‘deep down in Africa’, irresistibly describing hot lips, warm skin and her body in the sun.

While that might not sound particularly interesting (although it’s good enough for me!), there’s a sort of tropical melancholia at work here, quite distant from some of the glitzier euphoria of sexy disco, which makes “Zanzibar” special – it’s a bit like a less aware “Camino del Sol” by Isabelle Antena, where the exotic theme loses some of its sequins to an air of exploitation, to the wind-in-hair evocation of a sordid, opaque kind of summer. This poolside sadness gets a little lost in the Afro Mix also reissued here, which adds little to the original. Still, it does ensure that we keep dancing to “Zanzibar” for another six minutes and it keeps the Adriatic spirit alive, for yet another summer.