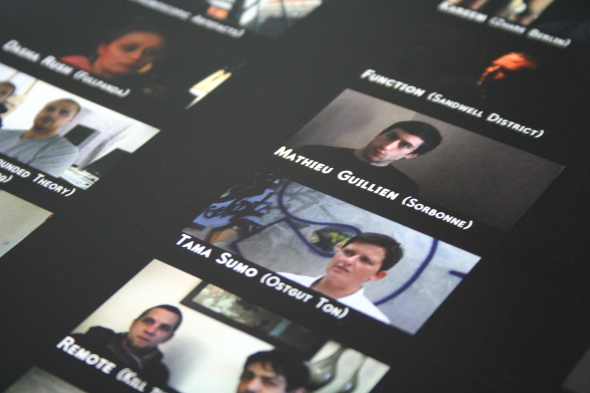 As soundtracks go, the music to accompany Amélie Ravalec’s 2012 documentary about the techno underground in Paris and Berlin was hardly an afterthought. After all, it focuses on the same artists who featured in the film and as such is never frivolous or incidental. A cynic could argue however that it is ultra-serious in its articulation of an updated version of cyber-punk culture. There is no room here for V-neck wearing middle-aged men a la Michael Douglas getting down to T-99 during the Basic Instinct club scene. 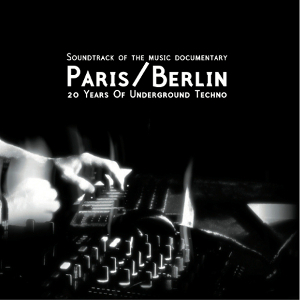 Indeed for those who have not seen the film, this writer included, it is hard not to visualise the crowd scenes to be dominated by emaciated characters in skull rings, flak jackets and military boots. Archae & Grovskopa’s “Surface Tension” and D&A’s untitled contribution serve to reinforce this perception, both consisting of relentless industrial rhythms, distorted kicks and noisy interference samples. By contrast, Adam X’s “Robot Rebellion in 2071” is positively slick, with a ponderous robot vocal intoning orders over a high-paced, pulsing EBM rhythm.

It would also be wrong to view hard techno as a sound categorised by humourless, pounding grooves. Ancient Methods prove yet again to be masters of invention with the grainy noise and broken beats of “Fourth Method” steering the listener down a path less travelled, while the rolling techno of the Regis classic “Baptimsm” features an insistent, somewhat disturbing vocal loop.

However for this writer, the highlight is “Black September” from Kareem aka Patrick Stottrop. In approach rather than sound design, this track has the same eerie menace as early Detroit techno producer Suburban Knight. Rather than pummelling the audience into submission, the Zhark Recordings boss prefers to instil in them a sense of unease. This manifests itself in the out of time beats, the filters that shift like quicksand and provide a glimpse of the grey world that he inhabits and the percussion that sounds like drawers being opened and slammed shut in quick succession. This ability to conjure up alternative worlds makes techno still sound so compelling, decades after it came into being.