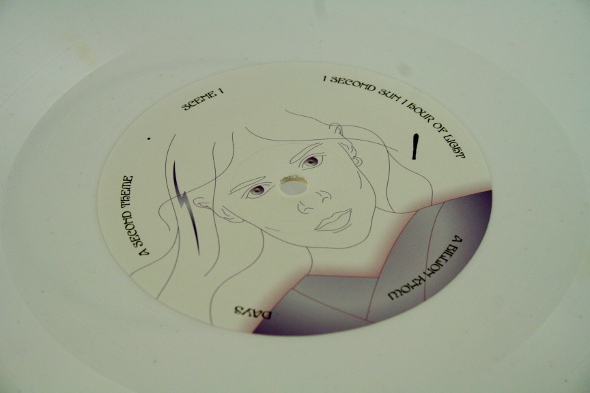 While the name Quiltland may conjure imagery of a department store filled with endless aisles of comfortable bedding for some listeners, it means something very different for Swedish producer Frida-Li Lövgren. Speaking about her productions to a Czech blog back in 2013, she described the project as a multi-faceted outlet for complicated identity politics. “I am a guide for all the different musicians and artists that I make up and I can play their roles just as I want” she states. “There is one different artist responsible for each Quiltland track.” 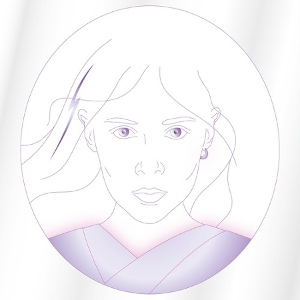 Lövgren’s embrace of multiple identities comes at a time when male producers have been latching onto feminine aliases as if it’s en vogue, from LuckyMe producer Sophie to the Netherland’s Fatima Yamaha (an alias for male producer Bas Bron). Unfortunately, sometimes this results in tracks like Fatima Yamaha’s “What’s a Girl to Do”, which, while sonically excellent, saw fit to infuse several “Manic Pixie Dream Girl” stereotypes into the mix, including a breakdown which centres the fabricated identity around doe-eyed passivity. There’s nothing wrong with creating music that’s fragile, soft or emotional, but what is problematic is that male producers feeling as if they can’t make this music unless they pin it to a female pseudonym, re-inscribing ideas of women as submissive or soft in the process.

So, in light of this, it’s understandable that Quiltland wants to wrap herself up in a set of varying identities, obscuring any sense of the personal and private life of the creator (or perhaps giving insight into them without having to deal with being pigeonholed by what they express). Following on the heels of her stunning Sisto tape, Lövgren’s debut album fractures her identity like light passing through a diamond – a spectrum of lush sounds, each firing off into infinity in a different direction.

“Scene 1” is a palette cleanser of sorts to begin the journey: little bursts of synth bubble to the surface, immediate and enveloping but also distanced, as if you’re hearing the notes blown across the wind from the organ practice drifting down from a Catholic church. “1 Second Sun 1 Hour of Light” finds Lövgren’s voice empathetically calling out the track’s title, slightly reminiscent of jj’s ethereal balladry, but without the confusion of having to figure out whether she’s trying to be ironic or not. “A Billion Know” has an accompanying music video featuring snow-covered mountaintops and springing horses, which gives it a nostalgic, almost nationalist vibe until you realize that you’re watching these images from the unstable, flickering screen of a static-filled television: it’s a subtle reminder that the image presented to you, gorgeous as it is, is constructed.

“Days” may be the album’s most pop-friendly cut, incorporating chirping bird noises and slo-mo b-ball dribbling percussion in the background, as Lövgren’s voice bleeds into a squelchy synth line that almost recalls “California Love” were it not constantly on the verge of collapsing into itself and the television dialogue inserted into the final moments of the track. “A Second Theme” begins with the puzzling and slightly disturbing declaration “don’t threaten a computer”, but then becomes downright angelic, with sweeping synth patterns that culminate in a barely-there backing house beat that pulses and grows for a minute before abandoning its mission and fading back out. There’s a single beat halfway through that sounds as if it’s been lifted from Hashim’s “Al-Naafiysh (The Soul)”, but it’s gone as soon as it appears. “Il Vostro Paesaggio” sounds like a one person choir rapidly running through vocal training exercises, a percussion-less piece that somehow still manages to nail the feeling of lightning-quick movement.

“Motivation” may be the celebratory moment that the album has been building up to, banging toms beating out an urgent pattern, while looped vocal percolations stammer and stutter their syllables at varying speeds. It can’t help but feel a bit transcendent: Moodymann may draw his inspiration from a Small Black Church, but Quiltland takes here from the St. Peter’s Basilica Cathedral. “Extension Class” and the accompanying 1991 rework paint contrasting pictures: The saccharine sheen of youth is present in both, but it can’t help but feel as if its emotions were wrung through some apocalyptic circumstances: Beautiful, unknowable, slightly sinister and heartbreaking in equal measures, it’s like an AES+F art piece about teenagers with weapons at the end of the world. Lövgren’s work takes on many themes, identities and voices – they’re all hers, or not hers, and they’re all performed in different ways – but glimpsing at their refractions through the new-age, tape-worn, frayed-edge pop sheen of Lövgren’s work is still massively fulfilling.