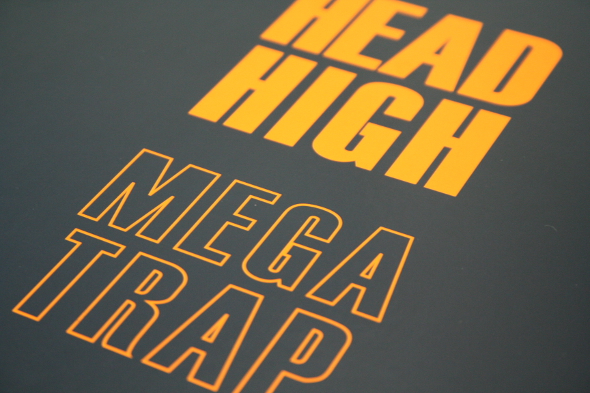 It’s been a year since Rene Pawlowitz’s last Head High missive and in the meantime, electronic music has been catching up with the German’s penchant for early ’90s influences. From the chart-invading success of retro house acts – witness Disclosure’s Glastonbury headline status and the trite Route 94 – to the constant reissuing of classic Chicago and Detroit releases – Derrick May and DJ Deeon records have been re-released in the past few weeks – it feels like that period between the explosion of acid house and the emergence of hardcore is being put under the cultural microscope. Who knows, maybe we’re only a few months away from a happy hardcore revival? 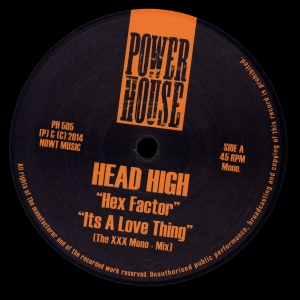 Oblivious to all the activity that has come in his wake, Pawlowitz continues to explore this period. Much of Megatrap captures the wide-eyed excitement of that time. The title track, in its ‘Real Mix’ and ‘4F Mix’ variants, is a celebratory affair, featuring lithe breakbeats, ecstatic vocal snippets and lush pads. It’s only on the ‘Mix Mix’ version that the German producer puts his head down and underscores the sense of joy with tough kick drums. “Hex Factor” and its ambient version, “Hex Pad”, are in a similar vein, with the flurry of furious breaks on the former offsetting shimmering chords and the impish exhortation ‘all right now’.

There is a darker side to the Head High approach and it’s audible on “It’s A Love Thing (The XXX Mono Mix)”, where a slamming techno rhythm and turbo-charged rave stabs conjure up the spectre of dodgy bouncers and the menace that followed the e-rush of the first few summers of love. It’s only a fleeting moment however, and both “Power Seat” and “Think It” see Pawlowitz draw on one of his other aliases, Wax to hammer home the sense of euphoria. This influence is most evident on the breezy chords and hushed vocals of the former, but it’s the combination of sun-kissed piano keys, rumbling breaks and a stoned vocal snatch that make the latter more memorable, like the unforgettable feeling of spending sunrise in a field with a crowd of assorted freaks.