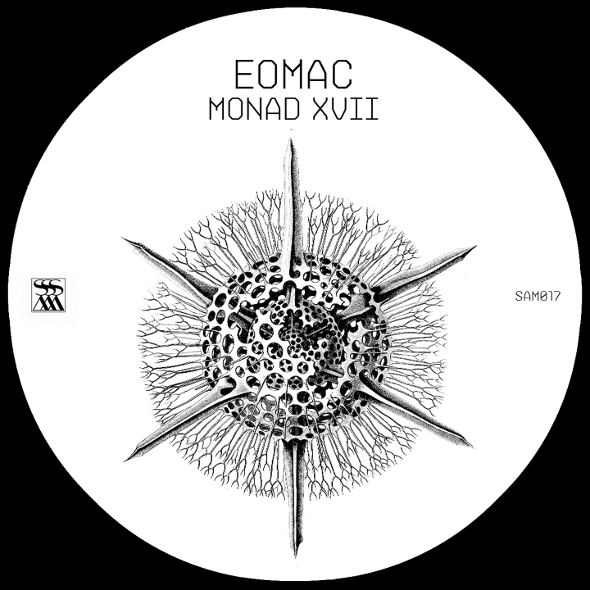 Cloud yourself in the murky rave sounds of Ian McDonnell’s Monad entrée.

Since the release of last year’s Spoock EP on Killekill, Ian McDonnell’s solo Eomac endeavour has commanded the attention it deserves, with further releases coming through The Trilogy Tapes, Code Is Law and London label Candela Rising, all of which ultimately led to his return on Killekill with his debut album Spectre. Of course during this period he was also producing as Lakker with Dara Smith and the two appeared on R&S with the well received Containing A Thousand ‎EP. The two then became a fully fledged member of the Stroboscopic Artefacts family by supplying one of the three Monad releases from last year alongside Rrose and Italian pair Plaster, before eventually making their official 12″ debut on Luca Mortellaro’s label with the Untitled EP.

As Richard Brophy wrote in his review of Lakker’s Monad release, “Abstract is the new normal. That’s the message that Stroboscopic Artefacts’ spin-off Monad label has been pushing for the past few years.” Following both that and Rrose’s delivery, McDonnell becomes the 17th artist to supply another four-track digital EP of cutting edge techno. It precedes Peter Van Hoesen and Yves De Mey’s recently announced contribution to the series as Sendai, but in the meantime you can enjoy the rough, tribal and distorted puddles of broken sound and rhythmic squeeze Eomac has delivered for Monad XVII.