Rrose – Eating The Other 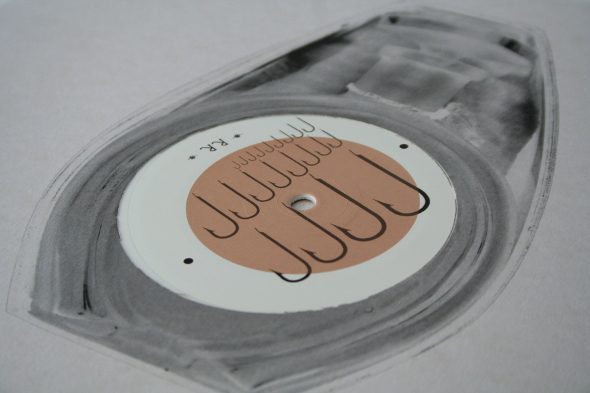 If Rrose’s music was edible it would probably be some of the most indulgent, calorie-rich and gluttonous deluges of golden syrup you could pour over your food. And this is exactly what her music does to the DJ sets it appears in. Nothing will erase from my mind the lasting moments of pressurised euphoria Rødhåd drowned Berghain in when he played “Waterfall (Birth)” to that charged room, and there’s no denying each track on this Eating The Other 12” won’t do the same. 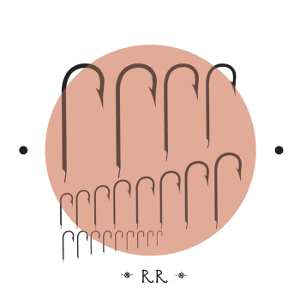 Rrose makes music whose particles of sound, affected by feedback, delay and burning modulation, split and multiply to form storms of interlacing frequencies that she seemingly controls with a similar ominous wave of the hand Poseidon would use to raise or settle the seas. “Pentagons” is just one other example of this and after a short but pounding 4/4 intro flecked with subtle, but growing delays, a thick Morse code bleep reveals itself while spiralling remnants of auxiliary effects grow from whirly wind to tornado. Timbres rise in pitch and bass tones get grizzlier and it’s the proper stuff to dance to with your head inside a speaker if you’re dumb enough. It’s not as enveloping as “Waterfall (Birth)” as it’s more drawn out and Rrose brings the track to the boil without spilling out over the edge.

“Ammonia” opens with a bass pulse that rams home why the Marcel Duchamp referencing producer went down so well with the Sandwell District crew, and for a while it sounds like a brittle Mike Parker cut. But unlike Parker’s music the divergence in its make up is greater and its tail longer, and the further you enter the void of this production the more foreboding it becomes. And by its end it’s like Aphex Twin’s “Digeridoo” tripped-out on mescaline that’s somehow woken up under an abandon satellite dish somewhere in the Australian outback.

“Mirror” is the most drawn out and reserved production on this record by Rrose’s standards and taking up the entire B-side at 33rpm it’s design for extended play. As succulent and morish as this track is, its length and moderate hostility does well to balance the EP from being too heavy, but the final surge of whirring electronics that close Eating The Other certainly provides the icing on the cake.