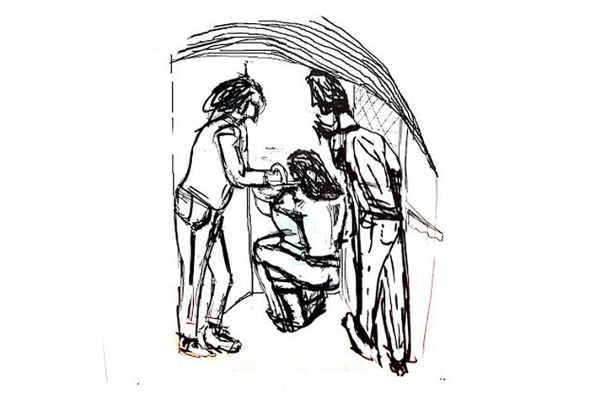 The label will celebrate the famed New York hotspot over a series of edit 12″s and compilation.

Over a six year period after it opened in 2006, the Mangiami restaraunt overseen by former DJ Gianfranco Costa acted as a Lower East Side stop-off point for the wide range of DJs, artists, musicians, fashion people, music obsessives and assorted layabouts that make up New York City. Mangiami soon became as widely known for its DJ nights as it did for its pasta dishes, with local and international selectors stopping by on a weekday evening to play on the restaraunt’s rickety pair of Technics.

Some two years after the establishment closed, details have filtered through from Golf Channel HQ of plans to celebrate Mangiami’s legacy in the shape of three edit 12″s and a compilation of original material from some of the lounge regulars. These three 12″s are due to drop later this month, featuring contributions from several unnamed luminaries with a close affiliation to the Golf Channel label under the Channelxxx umbrella – you can stream the third one in full below.

The compilation itself is due later this year (it’s always best not to attempt a definitive date with GC releases) and has been overseen by label boss Phil South and Mangiami founder Giancarlo Costa. Whilst the full details on this compilation aren’t quite ready for public consumption, Golf Channel have revealed that it will feature contributions from Grackle (aka William Burnett), Populette, Thugfucker, Felix Dickinson, Nick Chacona, Alex From Tokyo & Bing Ji Ling and Totes Preesh, which is a new project from ex-Phenomenal Handclap Band duo Patrick Wood and Sean Marquand.

In order to get a better idea of the project, we emailed Golf Channel boss Phil South, who responded with the following enlightening responses on how it came to be and what we can expect:

“Gianfranco approached me with the idea to do a compilation celebrating the short but hugely influential life of Mangiami, and I jumped at the chance. The wealth of talent and good vibes that congregated there under his ineffable hosting skills on any given night was definitely too good an opportunity to pass up. I’m really hoping we can document a little bit of the vibe that the place had….the sleeve will help as Gianfranco took fantastic black and white pictures throughout the life of the place which we will collage together over the gatefold LP.

The music is a lovely reflection of how the nights went down there, just happy, good time stuff – whether it’s the more relaxed or the more banging end of the spectrum – both are represented. A couple of under the radar re-releases and six exclusive brand new cuts that are just amazing. I’m very excited for this one. Look out for a short video documentary courtesy of local (worldwide!) legend Dave Lennon that will accompany it.”

Golf Channel will release Mangiami Edits 1 – 3 by Channelxxx later this month with the full compilation to follow later in the year.