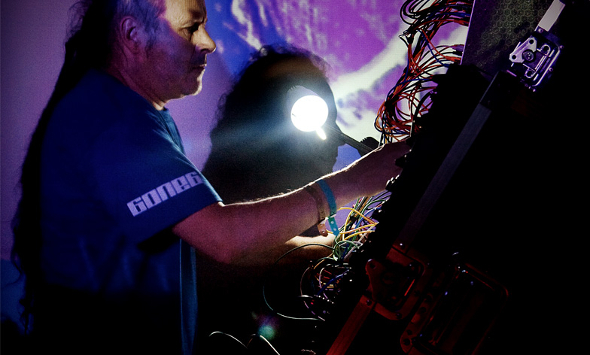 Freerotation festival director Steevio will debut on UntilMyHeartStops run by Leif Knowles (aka Leif) and friend Joe Ellis. During two short years across four releases the UK label has earned a reputation for supporting deep and slightly leftfield house music. So far stand out records have come from Joey Anderson and Chicago’s Area, while another came from emerging artist Matthew Wieck before the label’s last transmission came in the form of a four-track various artist EP featuring Arnaldo and October alongside Lief and now label regular Joey Anderson.

Steevio has been releasing his specialist brand of improvised modular techno on his own Mindtours label since 2001, taking a six year hiatus between 2006 and 2012 before releasing Modular Techno volumes one through to three, with the latest released in February this year. We can only assume the UntilMyHeartStops connection came via Lief being a resident DJ at Freerotation, and Steevio’s Cyfnos EP sees the Welshman supply the one groovy house jam and the ambient “Taro”. While on the B-side a pair of much loved Freero regulars Joey Anderson and DJ Spider apply their distinct sounds to the title track which you can preview below, while there’s also our Modular techno, acid rock and Freerotation interview with Steevio from 2012.