Dwellings & Druss next on Unknown Precept 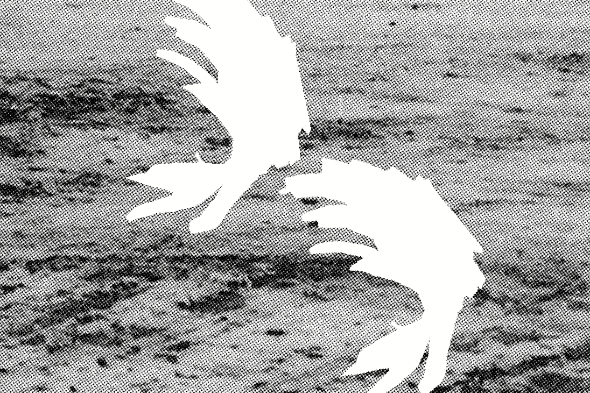 The Opal Tapes and GNOD affiliates will release Level 3 through the Paris-based label in August.

Unknown Precept emerged memorably last year with The Black Ideal, an impressively stocked compilation that perfectly captured the crawlspace between cerebral industrial experimentation and crepuscular techno. Since then, the label has chosen to focus on a more artist-based approach, with their second release granting a debut for newcomer Damaskin, a producer simply presented as the “first and beloved contributor involved in Unknown Precept’s early actions”. Around the time news of Damaskin’s Unseen Warfare EP filtered through, label founder Jules Peter hinted at a greater level of activity with GNOD duo Dwellings & Druss amongst the promised contributors, and full details of their Unknown Precept debut have now been made available.

Scheduled for release in August, Level 3 finds Dwellings & Druss delivering two long form pieces of “wavering mutant techno” familiar to anyone that caught the Mancunian pair on the Opal Tapes European tour earlier this year. A press release from Unknown Precept goes on to state somewhat obliquely that Level 3 operates in the “deaf and syncopated depths of matter, it genuinely dissects in an almost scientific way some form of misshapen linearity, both intangible and organic.”