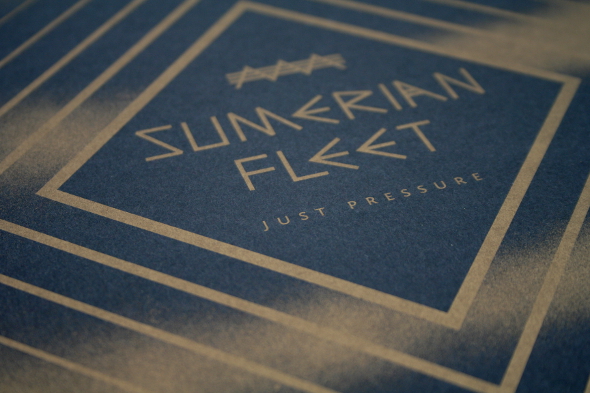 Together with Legowelt, Alden Tyrell was responsible for introducing the joys of Italo to contemporary electronic music. Tyrell tracks like “Rendez Vous at Rimini”, “Love Explosion” and “Disco Lunar Module” are modern classics and in a more just world would have attained pop star status for the Dutch producer. It’s entirely possible that his latest project may afford him that level of recognition. Working under the Sumerian Fleet guise with Mr Pauli and vocalist Zarkoff – who is named, we assume, after Flash Gordon’s doctor side-kick – Tyrell mines the 80s again and has put out singles for Crème and Clone. 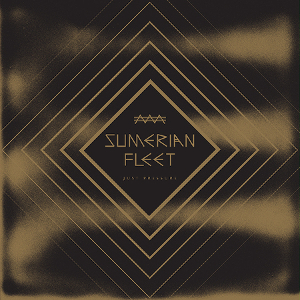 For their debut album, Sumerian Fleet has tapped in to EBM, Goth and post-punk to create a work that in places could conquer stadiums. Of course the trio’s connections to the Hague electro sound are never too far away, and are audible on the introspective closer “2047” and “Orbiting”, which features cascading Jan Hammer-style drums and menacing synth washes. But it’s the flirtations with vocals, guitars and their combination with Linn drum patterns that make Just Pressure so alluring.

The title track sets the tone with guitar lines that sound like shards of glass splintering and a droning Gothic bass supporting Zarkoff’s muffled tones. “Dirty Water” is almost a Siouxsie-style dirge, replete with the vocals put through a flanger, while “Nebelwerfer” dispenses with vocals and focuses on a dense, pulsing EBM bass, similar to the one at the centre of The Conservatives’ Viewlexx classic “Loneliness”. However, it’s the mixture of Tyrell and Pauli’s electronic background with 80s influences that really impress. “On To You” is Front 242 on acid, with 303 lines sprayed over malevolent guitar power chords and Zarkoff in hunter/persecutor mode, telling the listener to “play the game it’s what I want, I’m onto you/ no need to run I’m onto you”.

Tyrell has worked with vocalists before, most notably with Nancy Fortune on “La Voix”, but this time it’s different. “Gone for Good” sees Sumerian Fleet slow the tempo down for what is in effect an electro power ballad. Zarkoff’s vocals slip into rock demi-god mode to deliver lines like “I know this time she’s leaving forever / my heart skips a beat when I think of her”. Coupled with epic synth washes and oppressive beats, it’s not hard to imagine 10,000 lighters being ignited and held up in response to it.