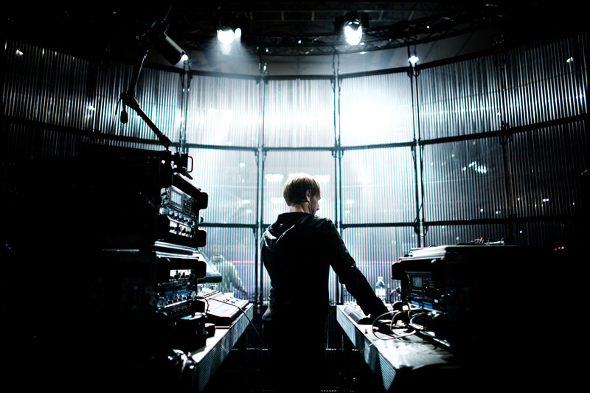 Plastikman has long been affiliated with Mute, releasing his Musik, Recycled Plastik LPs and seminal Sheet One album of NovaMute (Mute’s techno sub-label) during the early-to-mid ’90s. Before resurrecting the Plastikman live show in 2010 for an extended world tour, his last album under this alias, Closer, was released back in 2003. Entitled EX, all seven tracks on the new album were recorded live at The Guggenheim Museum in New York when Hawtin performed around a specially constructed LED obelisk at the invitation of fashion designer Raf Simons. Regarding that event, which inspired Hawtin to create this seventh Plastikman album, the m-nus boss explains: “Although Raf was happy to have the already complete Plastikman Live 1.5 show, I locked myself away in a series of intense studio sessions and quickly recorded enough new material for the performance and realized I might also have enough for a complete new album.”

To be released on Hawtin’s preferred format first, EX will hit the digital shelves on June 10, while those after vinyl or CD copies will have to wait an extra month. And as to be expected with Hawtin, his enterprising ways continue with the revelation EX will also be released in SubPac S1 form, a piece of kit that takes the form of a seat back which Mute describe as “a unique portable bass system that allows an immersive music experience.” Hawtin adds: “There is a lot of sonic information in the lower frequency range (of Plastikman), that make the SubPac a perfect listening accompaniment in order to fully appreciate the experience.” For a preview of what minimal, bleepy and acidic sounds to expect watch the EX trailer below or check out the Plastikman website.

Mute will release EX digitally on June 10, while vinyl, CD and SubPac copies will be available from July 14. 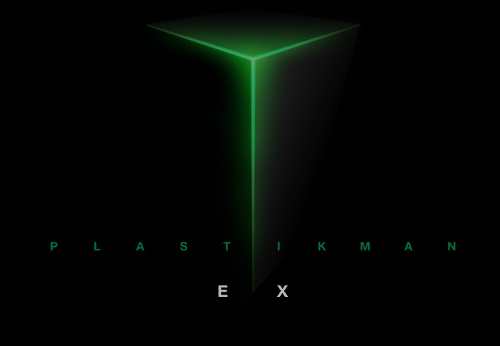