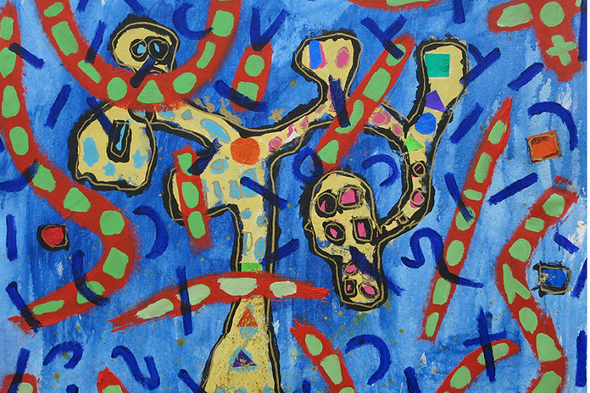 There’s a series of photos taken by a group of young Hamburg students called German clubs after everyone leaves that impart a ghostly effect. Documenting the lingering traces of depleted euphoria and floors littered with gnawed on Gin & Tonic straws, it’s a reminder of the joyful gathering that preceded the photos, while pointing to the gloomy truth that every party ends. LNRDCROY aka Vancouver artist Leon Campbell seems to be referencing those same themes of memory, ecstasy and melancholia with his debut tape on 1080p, the astoundingly self-assured Much Less Normal. Using terms like “memory-drenched”, “lightly cosmic electronica” and “dusty rave signifiers”, Campbell uses the tape as an instance to recreate those last few blurry beautiful moments before the club’s lights turn on and dancers file back out into the real world. 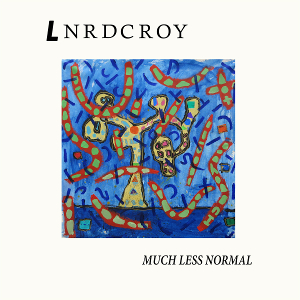 Aside from a track on Montreal’s Forbidden Planet label, this appears to be Campbell’s first set of productions as LNRDCROY, and they’re quite different in tone from the dystopian droney house cut he provides alongside Boreal. Instead, Much Less Normal channels an almost Balearic peacefulness, mixing rustic house and subdued techno moments with harmonious, slow-unfurling rhythms. That’s not to say you can’t dance to it though – following ambient opener “Sphere of Influence” comes the efficiently punchy “Land, Repair, Refuel”, which showcases cascading layers of ambient sound behind a peaceful drum machine ping. “Slam City Jam (Mix Assist Mix)” takes the piano stab (an element that’s been employed in house tracks with overbearingly vigorous repetition lately) and gives it a refreshingly pleasant makeover, slowing it to a drawl that matches the organic Love Thang-era disco drums and the cosmic acidic percolations that erupt in the track’s final moments.

Though it doesn’t last three minutes, “Sunrise Market” recalls stepping out onto the blissful, heat-soaked morning air of Ibiza boardwalks and slowly starting to make your way back home. But while this tape aesthetically seems like it could’ve been recorded during a late-night session at Café del Mar, LNRDCROY is just as likely to be referencing the fog-drenched West Coast of his home in British Columbia, as evident by the percussive-driven techno number “I Met You On BC Ferries”. Painting an image of overcast island days and early morning lineups outside the harm reduction clinics downtown, it embraces beauty and imperfection all at once, melding early trance fragments into something unquestionably authentic.

Perhaps Much Less Normal‘s sense of organic, unconcerned cohesion is owed to Campbell’s mission statement behind the release, informed by “nowness, naivety and deep appreciation”. It certainly sounds like a tribute to the all-nighters of decades past, but is simultaneously so unstressed by replicating a certain sound. The artistic integrity which ends up coming across in finale “If Sylvia Built a House”, which encapsulates a mood and place all of its own – forlorn but propulsive, carefully-paced but with periods of euphoria bursting out of the ether, it’s a track that needs to be pressed on wax immediately. Brimming with gorgeous soundscapes, Much Less Normal is essential summer material, front-to-back with the kind of songs you want to scrunch your eyes shut to, one last hurrah before the club empties out and the janitors scrub the night away.