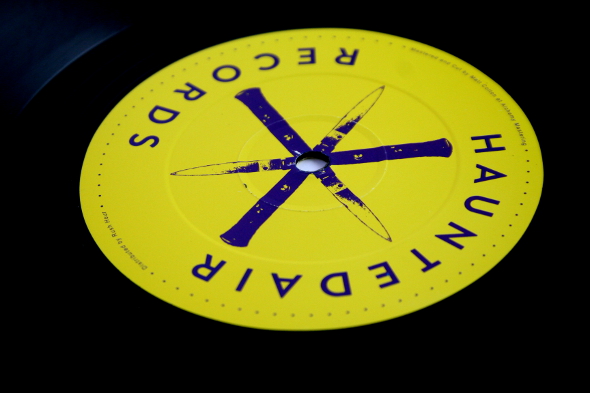 William Burnett seems like a cinch for a position in the Witness Protection Program, as new aliases and identities keep flowing out of him like a leaky faucet – if it weren’t for a single SoundCloud sound uploaded to Burnett’s page under the Phobian alias, this writer would’ve been wandering around in a Google-induced haze, trying to figuring out who, or what exactly the futuristic sounding word means. But despite burning through a recent string of prodigious releases for Emotional Response, L.I.E.S., and Crème Organization label, Burnett’s skill for kinetic, oddball analogue dance music seems to grow with leaps and bounds with every slab of vinyl pressed. 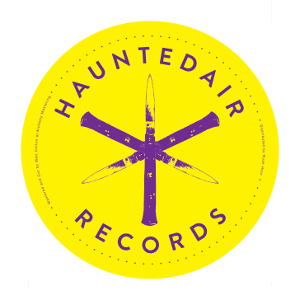 His enthusiasm, however, is another story. A-side “Batting Clean Up”, a track dedicated to Thomas Cox of Pittsburgh Track Authority, is a self-described “analog hardware jam that goes nowhere”. “I didn’t even listen back to it” Burnett writes on his SoundCloud, coming just short of employing a shrugging emoticon. For someone whose output underlies an obsessive passion for dance music, it’s tempting to write off Burnett’s ho-hum demeanour as classic fishing-for-compliments self-deprecation; the kid in art class who spends hours on their work only to shrug at it afterwards, while simultaneously looking at you with shimmering eyes begging for acceptance.

Well, this writer will bite, but especially because Burnett handles the one-take title track with a deftness and intricacy that would take other producers months to emulate. “Batting Clean Up” originally soundtracked my evening jog through the industrial district, its unpredictable scaling acid rhythms throwing off internal balance like an ear infection that burrowed all the way to the brain. Obtuse, burrowing percussive measures borrow from Pittsburgh Track Authority cuts like “Allegheny Acid”, but infused with a sludgy pessimism that seems to suit Burnett’s Brooklynite identity.

“Ode to LSE” is an obscure ballad for an obscure acronym (perhaps Burnett has discovered a futuristic successor to LSD?) and the opening seconds slice through the track, immersing it in a thick wall of fuzzy digital fog. Languid keys drift underneath, and eventually pick up steam, leading to a minute of high-hat backed intensity before it crumples back into misty peacefulness. Reminiscent of “Washed Hands” from recent TTT release Tab Of Acid, it’s one of many recent signs showing that Burnett can knock slow-burners out of the park just as well as the acid stompers.  While you probably won’t be able to play “44th Wave Analysis” in any club this side of the Universe, it’s still an eyebrow raising excursion in experimentalism. Dissonant bells, electric analogue crackle, and a disconcerting looping bassline that scales up and down in unpredictable Escher-esque configurations all impart the feeling of crawling through a pitch black cave while stalagmites slowly drip some unknowable liquid on the back of your neck – more simply put, it’s disconcerting as hell.

But Burnett certainly isn’t taking the flip side of the record into ambient territory – the 140+ BPM cut “Phobian” barrels out of the gate like an energy drink-addled cousin of “Tryouts for the Human Race” by Sparks, thrumming and buzzing while tiny, glitchy guitar-solo-esque percolations playing overtop the speedily hammered out percussion. It’s the closest to joyous that any of the Willie Burns aliases have veered towards in recent memory, and when everything dissolves at the end of the seven-minute journey, you’re left with a healthy dose of cosmic awe. Whether Burnett is actually churning out releases like Phobian in as quick and impromptu a manner as his SoundCloud comments would lead you to believe is anyone’s guess – but either way, let’s hope he doesn’t stop.