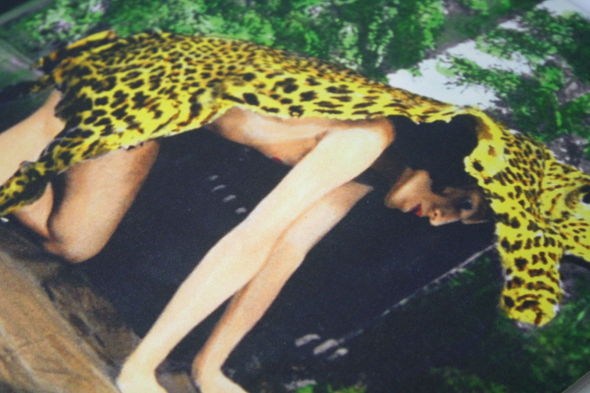 There is every chance you may not have heard of Italian duo Ninos du Brasil. If so, you’re not alone. Very few picked up on Nicolo Fortuni and Nico Vasculeri’s 2012 debut album for Tannen Records, Muito N.D.B, and their 12” releases have been minimal, to say the least. Thankfully, Hospital Productions have been paying attention, and here present the duo’s follow-up. The duo’s relative obscurity belies not only the quality of their productions, but the exciting nature of their trademark sound. Fortuni and Vasculeri are obsessed with the twin attractions of Brazilian drums – more specifically heavy Batucada rhythms – and experimental electronics. As a result, their tracks veer between ritualistic intensity and clandestine spookiness, in turns promoting woozy, melancholic moods and intense, in-your-face rhythms. 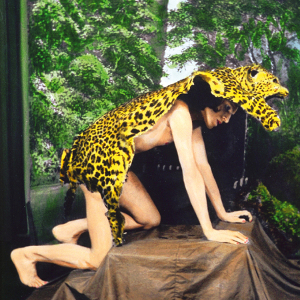 The results epitomise a style of music I’ve come to class as tropical pagan: humid, vibrant and intoxicating on one hand, dark, nightmarish and unforging on the other. It’s pure future voodoo – the sound of distant drums played by a nomadic Amazonian tribe, channeled by a pair of musicians who grew up in Italy’s often-overlooked punk and alternative rock scenes. Novos Mistérios, their second full-length, offers a perfect introduction to their feverish world. Built around live percussion recorded by the Italian duo, it begins with a “Olha das Folhas”, a robust fusion of relentless post-punk bass, heavy Batucada drums, occasional delay-laden tribal chants, murky electronic tones and a whisper of jungle birdsong. From that moment on, it rarely lets up.

Sure, there are brief respites such as the hypnotic, marimba-laden shuffle of the more obviously electronic “Sombra Da Lua” or the druggy, chiming, slo-mo jungle-jazz of “Essenghelo Tropical”, but for the most part Novos Mistérios is a full-throttle affair, built around the rhythmic intensity of native Brazilian percussion. When these two strands do intertwine on the 11-minute title track, a kind of extended version of “Essenghelo Tropical”, the results are nothing less than mind blowing. Seven minutes of woozy, winding melodies and electronic tones quickly made way for a surging romp through tribal techno pastures, all psychedelic builds, dense percussion and thunderous kick drums. It’s like the soundtrack to a particular intense acid trip.

Of course, it’s not all this pulsating. The album’s other percussive moments, even the fearlessly distorted drum assault of “Legios Du Cupins”, are relatively calm in comparison, though they do pack serious punch. There’s a suffocating heaviness about that particular excursion, but there’s a pleasing breeziness about the brilliant “Miragem” with it’s boisterous chants and superbly layered drums. “Sepultura”, all delay-laden hits, timbales and cowbells, seems positively jolly too, a kind of carnival-friendly sprint celebration of all that is good about Batucada, that most rhythmically dense of sounds.

Given the dominance of drums in the duo’s sparse but dense sound, you’d expect that listening to Novos Mistérios would be a draining experience. That it isn’t represents great credit to Fortuni and Vasculeri’s production skills. This is tropical pagan at its most intense and intoxicating; a thrilling celebration of the power of percussion.