Ital & Halal – The Day After 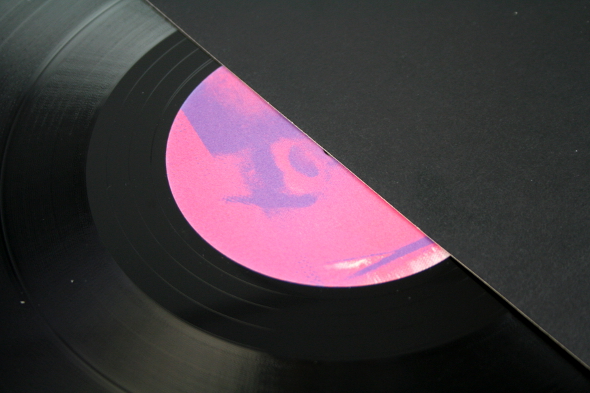 It’s no secret that Brooklyn-based artists Ital and Aurora Halal have some shared interests, moving as they do in similar circles of machine driven house and techno through their various ventures. In fact, the first whiff of this collaborative EP between the pair came late in 2013 when Ital shared a taster on his Soundcloud page. The thrust of their music, both independently and together, forms part of an exciting wave of productions that tap into the analogue resurgence (is it too late to call it that?) while pushing it into new realms instead of dwelling on the past. Lovers Rock, Ital’s label that this release appears on, already highlighted this notion with the excellent Earthen Sea release, while Halal’s own appearance on her Mutual Dreaming imprint was equally enthralling, sharing a spirituality that evades many types of contemporary hardware jam. 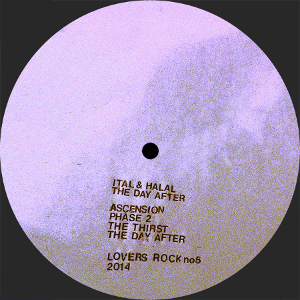 Unsurprisingly this trend carries through on The Day After, but certainly not at the expense of the club-readiness of the EP. That’s no clearer than on the opening thrust of “Ascension”, aptly named as a powerful arpeggio and kick drum charge out of the stocks with a clear aim on lifting the soul through energy alone. That elevatory purpose is helped no end by the swishing chords that come striding in to add some sheen to the piece, while fragile top-end percussion flutters like a flock of birds around the higher frequencies. Everything in the track is fired off with an urgency that only seeks to push higher and farther, not least when the mid range drums come in past the midway point, but still the overall feeling is one of airiness.

“Phase 2” cools off those hyperactive tendencies with a warm bath of tones and pads, taking a more gentle walk into its groove with a pitter-patter of beats and acid that enjoy ample space in which to fall without adhering to the frenetic rush of the first track. The pulsating delay on the lead synth has a somnambulant quality that melds beautifully into the background tones, while the rhythm falls soft and fractious, making for a meditative lullaby that wakes up without warning as that square wave throb switches key and pokes the filter open a touch.

“The Thirst” is back in the business of uptempo action, its thumping kick and nagging hats spelling out a distinct groove to latch on to, but yet again these tempestuous elements are offset by cooler qualities. Here there are moments populated with pads, and moments that fall into dubby midsections filled with distant voices, but always the focus is squarely on closing ones eyes and submitting. By way of contradiction, the title track switches everything up with an experimental diversion into dubby deep house, where off-key notes rub up against harmonious undulations and the drums echo far and wide. It’s as calming as it is eerie, and detailed in its execution. While it maybe lacks the startling impact of the other tracks, its purpose isn’t to shock but rather to slip undetected into the subconscious.

As previously outlined at the start, this is electronic music with a higher purpose than simple physicality. It’s not an exclusive concern by any means, but both Ital and Aurora Halal have a keen feel for translating emotions into and out of their music, and they do it with their own air of mysticism that sets their work apart from more obvious attempts at emoting through sound. You couldn’t wish for a better example of that than on this record.