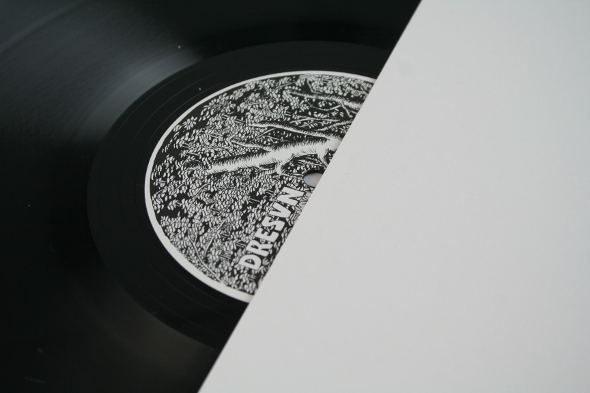 Dynamo Dreesen and DJ Sotofett are two of the trippiest minds in electronic music today. Pair this with the mysteriousness of SVN and you’ve got a psychedelic house record for the soul, with a bit of jungle thrown in for good measure. Dynamo Dreesen and SVN are regular collaborators, and depending on which release you look at, they’re known as Dresvn or Dreesvn. Together they’ve appeared on Sex Tags Mania, the affiliated Wania sub-label and SVN’s SUED, but their most rewarding work seems to always arrive on Dreesen’s Acido. 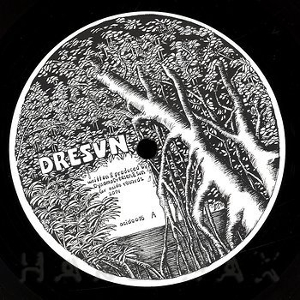 While typing out this review I’m listening to the record’s A-side. It’s warm, slow and minimal with the right amount of static interference. It’s sounding great. But what’s coming from my turntable doesn’t quite match the clips online, and that’s because it’s playing at the wrong speed. Switch to 45rpm and naturally the track picks up in tempo, while subtle hi-pitch frequencies and melodies lost in a swampy marsh of cushioning timbres spark to life. It’s like watching antennae-twitching beetles creep out from their sheltered crevices, as if slowly revealing themselves to a documentary on nocturnal insect life in a tropical rainforest. The laws of physics, science, nature, sound engineering, vinyl cutting and culture – whatever – would suggest this side of Acido 16 is meant to be played at 45rpm, but really the secret lies hidden at 33.

If you look back over SVN’s earlier work, it’s his slower, more downtempo productions which really stand out. The A-side of his and SUED’s first release features broken-hearted piano keys which sink so deep into the mix you can’t help but feel affected by them. While SVN’s “Low” on Acido’s Soundtracks For No Film Vol. 1 is as close music gets to impersonating the cool mechanical hum of an idling generator. Both tracks are moody, minimal and give off a feeling of isolation, but they’re full of life, and it’s same case here.

On the flip, DJ Sottofet is in a playful mood, bringing his love of jungle cut-ups to Acido for the first time. Sotofett has remixed Dresvn once before on Acido Records Presents DJ Sotofett, and here indulgence takes over. His remix is a totally new and original production – similarly sounding to the recent “SO-PHAT Riddimix Is Junglized” cut for Hotline Recordings – that seemingly only borrows and warps a few captured background atmospheres and other nuances of the original. It’s a fun translation which makes sense, released on a label that so often doesn’t.