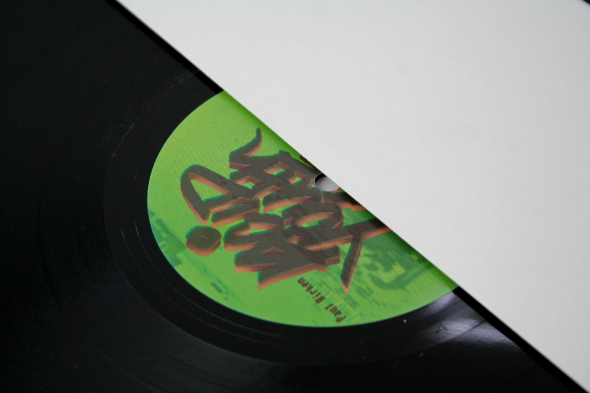 Finally, the lunatics have re-taken the asylum. The past few years have seen greater acceptance of hard techno and correspondingly, raised profiles for artists like Blawan, Perc and Truss. The repercussions of this development are significant, lending exposure to a label like Earwiggle that operates at techno’s fringes. Without suggesting that the aforementioned artists are bland or mainstream, it is nonetheless true that they present techno in a more digestible way than Sunil Sharpe’s label.

The proof of these assertions is audible on these remixes of “Acid Youth Of Malibu”. The work of the low-profile Paul Birken – who started releasing music in the mid-90s on Woody McBride’s Communique label, one of the benchmark wonky techno outlets – the track originally featured on Midwest Whippersnappers, a split release with Freddy Fresh on Earwiggle in 2012. Pacey, irreverent and punctuated by waves of gurgling 303s, its release was accompanied by an amusing video. However, the fact that it received so much support from techno DJs was also significant as it stood out like a beacon of day glo-clad acid madness in an ocean of dull, loopy fodder. Its unwitting success is testament to Earwiggle sticking to its guns and testament to its owner throwing all kinds of sounds – from Steve Poindexter to break beat rave – into his sets.

Accordingly, the list of remixers on this release is impressive. It starts with Blawan, who drops distorted kicks over an angular, high-paced rhythm. It sounds like vintage Cristian Vogel’s deconstructed sense of groove mixed with DJ Rush’s habit of pushing productions into the red. Then it’s the turn of Truss. Tom Russell has toned down his gabba infatuation of late, but that doesn’t mean his beats are without impact and for this release, crunchy drums vie with a spooky rave hook for attention. It makes for far less visceral listening and hints that his most mysterious and rewarding work is still to come.

Birken himself also delivers a grainy 303 take on “Acid Youth Of Malibu”, but it doesn’t compare to Bas Mooy’s version and the highlight of this release. The Dutch producer’s murky filters, rough and ready acid lines and generally grimy approach sound like a long-lost DJ Skull track from DJax’s back catalogue.