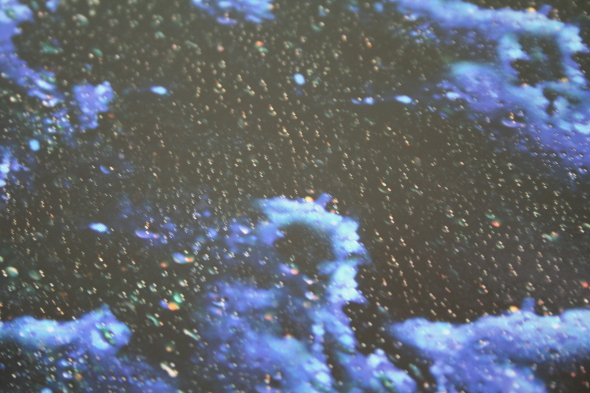 Considering the hype around Joshua Leary has been at a fairly consistent level since uploaded a batch of anonymous tracks to YouTube at the tail end of 2011 under the name Evian Christ, it’s been frustratingly difficult to get a handle on what kind of an artist he actually is. Few would disagree that the level of praise afforded to him in the early stages of his career was probably somewhat out of proportion with the material itself, which, in hindsight, was little more than a slightly different take on the well-worn practice of chopping up acapellas and combining them with some 808 rhythms and soft synths. It’s probably for that reason that Tri Angle elected to release that material as the free Kings and Them mixtape, well aware that they were dealing with a promising yet inexperienced producer catapulted prematurely to the limelight rather than the finished article. 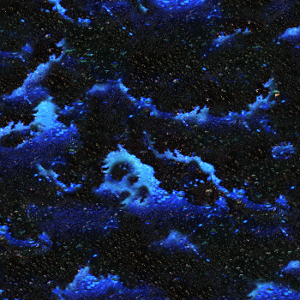 Although the time since then has seen Leary put out the highly conceptual Duga-3 mix of original material, as well as earn himself a production credit on Kanye West’s Yeezus, the four-track Waterfall feels like the first proper artistic statement from the producer. Rather than the minimalist reconstructions of Kings and Them, the four tracks on Waterfall offer a more maximalist vision of hip hop production, with the shared synthetic characteristics of Rustie and Hudson Mohawke. “Salt Carousel” is underpinned by a speaker-blowing bass and trance leads that sound like the kind of thing you could almost imagine being blasted out at an EDM rave. “Fuck Idol” is even more remorseless, a pattern of cubist bass blasts that come stacked up with layers of noise to increase their impact, while “Propeller” consistently finds new plateaus from its visceral low frequencies, moving its melody up through octaves before crashing back down in a flurry of snares. In each of these cases the sheer force of Leary’s use of bass can’t be emphasised enough, reaching the savage digital frequency thresholds you’d expect from Emptyset or Amon Tobin.

The productions on Waterfall aren’t all defined by the overwhelming bass. Although the delicacy of his earlier productions seems to have been largely sacrificed, especially on “Fuck Idol” and “Propeller”, there are moments of musical fragility that balance out the total bombast, and it’s in these tracks where Leary’s approach feels most successful. On “Salt Carousel” it takes the form of ambient textures that seem to refract through frosted glass, breaking the barrage of compressed snares and minimalist gunshot sounds up with the kind of interlude you’d expect. However, it’s “Waterfall” that’s arguably the most enjoyable track on the EP. It does everything the other productions do, but in a much more interesting way; where the other tracks feel rigid in their construction, “Waterfall” is the sound of Leary’s palette being blown apart by C-4 and the resulting devastation being played back in slow motion, where larger chunks dissemble into tiny fragments. It’s this tension between the populist and the experimental which makes these tracks so easy to rewind.

Although not a perfect collection of tracks by any means, it’s hard not to be won over by Leary’s laser focused vision of the big room musical experience, which is about as intelligent a take on contemporary production as anyone could hope to hear. These tracks are so impressively realised, that the main frustration lies in them not having a vocal hook to hang from their sizeable frames, making them feel like the demo CD for whatever major label project Leary might be called up to do next. However, compared to Kings and Them, where it felt like Leary was playing at being a producer, Waterfall feels like the first real step towards Evian Christ becoming the kind of artist who will have a lot more than that single Yeezus production credit to his name.

A1. Salt Carousel
A2. Fuck Idol
B1. Propeller
B2. Waterfall