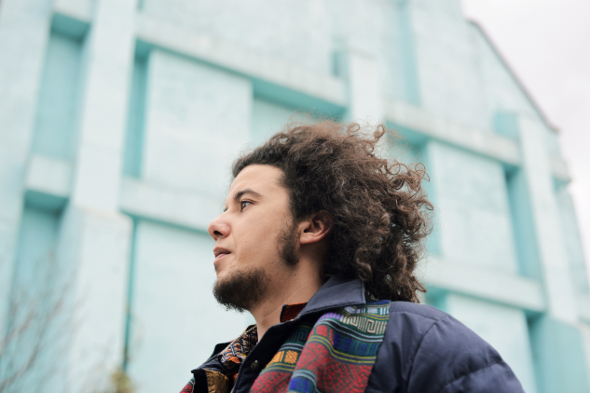 A highlight of the debut album from the Mauritian-English musician gets a self-explanatory video.

Thanks largely to the endeavours of Jamie xx, the usage of steel drums has become somewhat tired in contemporary music, but you’d have to be a cynical person not to fall for the charms of “Little Brown Dog”. One of the most fully-formed tracks on the delightful mixtape of an album that is Mo Kolours’ self-titled debut album, it’s little surprise that “Little Brown Dog” is proving to be the favourite of many listeners. Back towards the end of last year, ‘Top 10 Producer’s Pets’ was one of the potential lists mooted for our annual end of year Staff Lists, and Joseph Deenmamode would have been a shoe-in on the basis of this new video which features Poppy, the “Little Brown Dog” in question.