Martyn returns with The Air Between Words The DC-based producer will release his third album on Ninja Tune in June.

Dutch-born Martijn Deykers has been one of the most integral cogs in the ever shifting world of bass music, debuting as Martyn in 2005 with a drum & bass single on Marcus Intalex’s Revolve:r label, and going on to adopt the sound of dubstep, 2-step and techno across subsequent releases for Apple Pips, Tectonic, his own 3024 label and more. It’s been over two years since the release of his last album, Ghost People, on Flying Lotus’ Brainfeeder label, with only a handful of original productions and remixes slipping out in that time.

News of the now Washington DC-based producer’s return with a new album is therefore very welcome indeed, with the ten-track The Air Between Words due for release on Ninja Tune in June. Although details on the album itself are scarce beyond the description that it apparently sees the producer going in an “entirely new sonic direction”, the tracklisting does reveal some big name guest appearances in the form of Four Tet and former Hype Williams member copeland.

The producer also sneaked out a digital single at the end of December entitled “Be My Own Pupil” on his 3024 label, which he described as coming from the sessions for his new album – if it’s anything to go by, expect a techno experience just as colourful as Ghost People. The record’s artwork, which can be viewed below, is provided by longstanding visual collaborator Erosie.

Ninja Tune will release The Air Between Words on June 16. 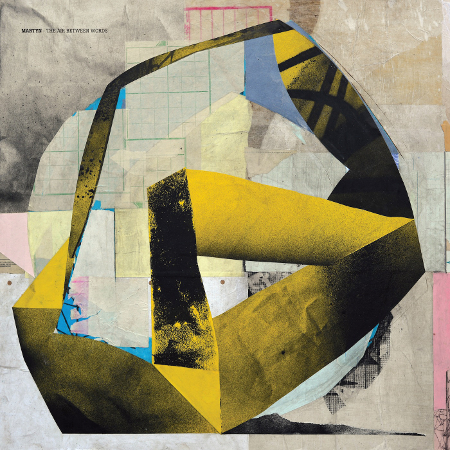