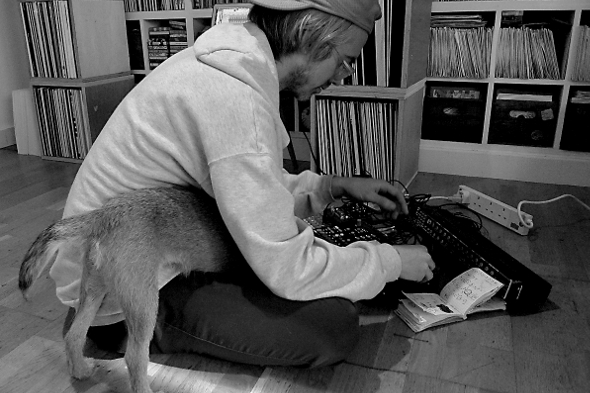 Listen to an hour-long live set from the L.I.E.S. artist laid down at The Trilogy Tapes HQ.

Regular readers of Juno Plus will be well aware of our love for L.I.E.S. artist Terekke, whose smudged-out take on house music runs far deeper than simplistic adjectives like “hazy” and “ethereal” could ever properly describe. For those that missed Terekke’s appearance at London’s Corsica Studios on Saturday night as part of the most recent Find Me In The Dark night, the producer yesterday performed a live set in the living room of The Trilogy Tapes’ Brixton headquarters for the latest episode of label boss Will Bankhead’s infrequent Knyx Radio mix series.

The rare live recording of Terekke takes its place in the treasure trove of previous mixes (many of which can be listened to via The Trilogy Tapes’ SoundCloud), from Bankhead himself, Ben UFO, the publicity-shy boss of Berceuse Heroique and Vereker, and is just as sumptuous an hour of live electronics as you could hope for from the man who brought us the sublime “Pf Pf Pass”. We’re not sure how much involvement the pooch (pictured above) had in the music however.