Tobias. – A Series of Shocks 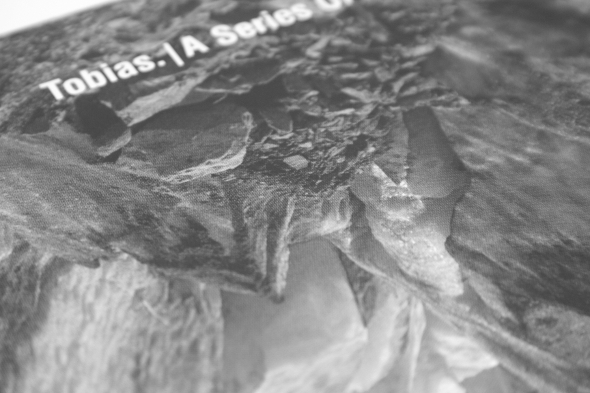 Given Tobias Freund’s post-production work on Function’s debut album last year, it is natural that listeners might draw comparisons between that release and the German artist’s own new album. Such perspectives are not lazily arrived at, and at its outset A Series of Shocks practically invites such comparisons. The album starts with the dreamy, textured ambience of “Entire” and the gentle hisses and ticks of the unobtrusive groove of “Heartbeat”, both of which suggest that there is some overlap in the 90s ambient techno sources that shape both releases.

There are other similarities with Function’s album and the series of ghostly vocal samples that haunt the terse drums on “Testcard” recall the more menacing sections of Incubation. However, whereas Incubation has a sleek finish and sounds like Freund and Sumner pored over every tiny detail, A Series of Shocks is served up as is, without too much fanfare. It appears to lack deep periods of reflection about high-end production values, and this is to its benefit. The rush to release as it was recorded is most audible on “If”, where the off-beat drums are dusty and raw, like Freund was channelling the energy of the Incredible Bongo Band’s drummer, but it’s also evident on “Ya Po”, where relentless percussive volleys underscore psychedelic, F.U.S.E-esque tones.

Elsewhere, the spectre of Detroit techno looms on “He Said”;  over a rolling groove, Freund sketches out a wild canvas of pointillist tones and sonic blips straight from the Terrence Dixon’s textbook, while the surging chord sequence of “Instant” shimmers closely to Aril Brikha-era Transmat. Despite containing such reference points, the album’s highlights occur when Freud retreats back to his bolthole and ignores the outside world. The title track and “Cursor Item Only” are spaced out and beautiful, the fragile melodies on the latter and the atmospheric textures on the former suggesting that irrespective of associations or influences, Tobias Freund really is in a world of his own.