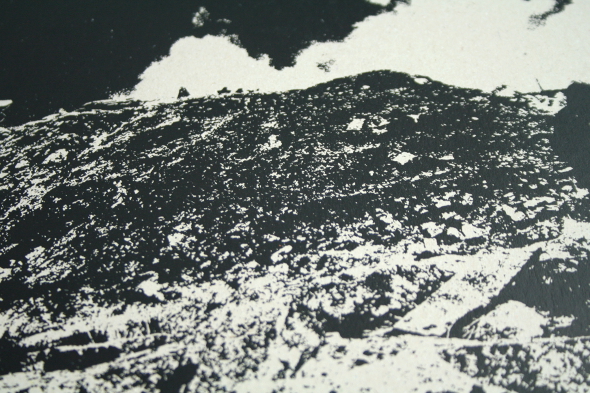 In some ways it’s easy to overlook just how much Ed Upton has contributed to the furthering of electro in his time as a producer. Since emerging in 1996 when the likes of Drexciya were still positively active, the man has been on an unstoppable quest to keep machine funk alive in the hearts and souls of b-boys and girls everywhere. His label Breakin’ Records has been a reliable outpost for true-school continuations of the sound, while aliases such as Ed DMX and Computor Rockers have delivered varying shades of club-ready cuts rich in full-fat synths and pristine drum machine breaks.

It’s not a quest that has desperately pushed forwards in search of new horizons, but rather a deeper exploration of a style that stretches its roots back to the foundations of hip hop. In these times when the frantic pace to find the next buzz results in a law of diminishing returns, it can be forgotten just what worth there is in staying put and testing what else there is to be said in a particular tempo range or sound palette. The more recent EDMX activity may have been dipping into the grottier end of techno through the releases on Power Vacuum, but this album that inaugurates the Mystic & Quantum label sees Upton turning to the more esoteric strands of electronic music he has previously released on Rephlex et al. At the heart of the project, electro is of course still the motor that drives his music, but in this context its offset by softer rhythm sections, quirky instrumentation and a more searching atmosphere that doesn’t pander solely to the dancefloor.

Album opener “Auld Kelg” sets an exciting tone, creeping to light on a minor bass refrain and very little else, creating a soundtrack-worthy sense of tension only embellished by the off-key phrase that flies in over the top to accompany it. As with many of the tracks on Standing Stones, it’s a brief vignette that manages a whole heap of evocation with the simplest of touches. “Ring Of Brodgar” is particularly effective in this way, not least because of the pan pipe synth hook that hovers of the top of some delicious coldwave bass strafings, conjuring up some kind of neo-pagan ritual from an 80s sci-fi/fantasy epic. There are tender moments such as the cascading notes of “Glantane” or the slow incidental “Lady Of The Lake”, while “Glastonbury” channels the predilection Upton has always had for twee melodies rendered in charmingly brash synth tones. “Avebury” meanwhile summons up a kind of intersection between boogie and prog and makes it work, which is no mean feat.

As you may well gather from the descriptions, Upton is on a mission here to create a sense of place and mystery with this particular project, not least when his muse is the vast network of Neolithic standing stones scattered across Europe. It’s a different tack with a different set of results, and yet the fundamentals of his life’s work in music remain unchanged. Strong synth lines, bold melodies, direct drum machine patterns and hand-wrought effects have always been his trademarks, carrying the electro torch of his forefathers and knowing how to apply it to all manner of creative purposes. Standing Stones is a worthy addition to that canon, and a great slice of spooky electronics to boot.