Records from Jay Daniel, MGUN, Delroy Edwards and more were among this week’s best.

If there was a theme running through this week’s best records, it was that of the fresh wave of US talent currently shaking up the underground of house and techno. Perhaps the most keenly watched is young Detroit producer Jay Daniel, who debuted on Sound Signature last year with an impressive solo EP, and made his return on close friend Kyle Hall’s Wild Oats label this week. Karmatic Equations must be one of the label’s most desirable releases to date, with five tracks spread over two slabs of wax, further refining Daniel’s rugged approach with “Change 4 Me” and the bumping final track “4 Red” likely to be the cuts most selectors pull for again and again. 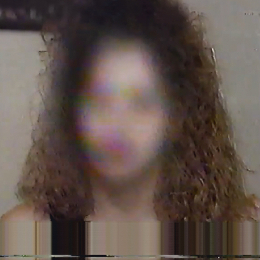 Daniel’s Detroit contemporary MGUN has been getting just as much attention since he first appeared on Wild Oats back in 2012, and his third record for London-based Don’t Be Afraid is possibly his best yet. Showing the same range as his excellent 2012 record for TTT, the Resin EP swings between the experimental, almost minimal wave stylings of “Assumptions” to solid techno tackle like “Funktion” and “In The Road”. The big surprise this week however came from from L.I.E.S. and L.A. Club Resource producer Delroy Edwards, who appeared on The Death Of Rave with Teenage Tapes, a mini LP of synth experiments produced in his younger days, as well as some more recent excursions into what the label describe as “brutal noise, no wave techno and black metal/Badalamenti-esque mutants”.

Further big 12″s came in the form of Ekman’s second appearance on Berceuse Heroique, with the frenzied sounds of “Acid7” being complemented by a snarling remix from L.I.E.S. producer Vereker, and the ever-present Mood Hut crew, who this week overcame pressing issues to deliver the new Pender Street Steppers 12″, with the dreamy house sounds of “Bubble World” and “Love Theme” standing out as some of the most sumptuous tracks from the Vancouver collective to date. Meanwhile Brooklyn’s Bossa Nova Civic Club and Sisterjam released its first Bushwick Is Melting various artists 12″, featuring the talents of Aurora Halal, Jacques Renault & Mark Verbos, Dust and Marcos Cabral.

Stranger analogue territories were travelled by two notable records this week. First was Standing Stones, the highly limited new LP from DMX Krew, which saw the veteran producer in particularly contemplative mood across a variety of tempos. Drawing its creative juices from the mysterious pillars of stone that have stood across Western Europe for centuries, the heady analogue tones and brooding tone are highly recommended to fans of heady hardware excursions and folky, Wicker Man-inspired melodies. Emotional Response also delivered The Lost Machine, an impressive package which saw remixes by Steve Moore, Spectral Empire and more of cult Thisisnotanexit act Brain Machine see release after several years in limbo. 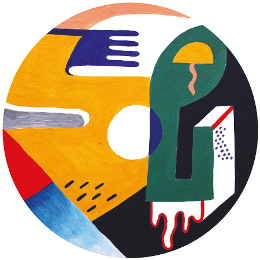 In the bass world, chameleonic Bristol producer Addison Groove returned to 50 Weapons with his second album. For those turned off by the ghetto house of his debut Transistor Rhythm, Presents James Grieve sees him return to the footwork sounds that initially brought the project to mass attention, though through a contemporary lens that seems to incorporate elements of the slow-fast D&B currently being made by the likes of Om Unit. This week also saw the first 12″ of the promising Livity Sound remix series, whose first release sees Pev, Kowton and Asusu’s material being remixed by MMM and Pangaea, both of who take the originals into ravey and swung techno territory respectively.

This week’s techno releases were headed up by the latest album from Parisian producer Mondkopf, who has undergone something of a transformation in recent years into an industrial techno wunderkind. Arriving on his own In Paradisum label, Hades is a dark and epic journey through the well-worn trope of the scorched techno wasteland, but that nevertheless puts its own spin on things with its half-step rhythms and cinematic melodies. Those looking for something a little more straight up should check the first and second records on Tabernacle sub-label Head Front Panel. Dealing in anonymous and (highly) limited white label 12″s, fans of classic Jeff Mills and the funkier end of Detroit techno will be all over the first, while those tuned into the intergalactic resonance of the music of Jamal Moss will be all over the second. If that wasn’t enough, Ostgut Ton talent Kobosil delivered an EP of skittery techno and industrial ambience for Marcel Dettmann’s MDR label, and Token regular Ø [Phase] got remixed by Rødhåd and Robert Hood to fine effect.

More leftfield sounds were headed up by Peder Mannerfelt’s excellent Lines Describing Circles for Digitalis Recordings, which saw the Swedish artist’s most impressive body of work to date, highly recommended to fans of Emptyset and similarly weighty techno experiments, while Modern Love’s Jack Dice duo offered a similarly warped and scorched take on hip hop on Sip Paint, their second EP for the label. By far the weirdest and most wonderful record of the week was the enigmatic Joane Skyler’s new record for Boomkat Editions, which combined the artist’s love of early grime and library music ambience into the mixtape-like Sssssssss LP. In the world of reissues the ever-impressive Dark Entries Records presented a trio of impressive records from Crash Course In Science, Lassigue Bendthaus and Psyche, while Blackest Ever Black scored a coup with The ’81 Demos, a record of archival material from Young Marble Giants side-project Weekend, whose early forays into D.I.Y, freeform and experimental post-punk have a naivety that remains charming today.