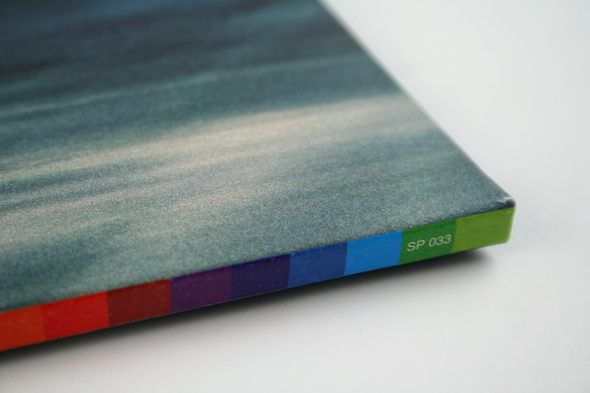 This is what reissue culture should be all about. In the tidal surge of techno that leaves myriads of records scattered across the world in its wake, there is always an abundance of mythical gems littered amongst the flotsam and jetsam. Most artists with a career more than ten years long have a discography populated with plentiful near misses, incidental labels, fleeting ideas and chance pressings. Before the fact, no-one involved really knows if a release will be the one that bites, and so some much-pressed timeless classics can be snapped up now for 50 pence while others ignite a ferocious mark-up mentality through scarcity and reputation.

So it is with Aquaplano, a label that managed a whopping five releases over a three year period before disappearing back into the swell, leaving behind a weighty indentation on the second-hand techno market that scuppered any hungry diggers without the capital to meet savvy trader’s hefty prices. As well as releases from Nuel and Mike Parker, the short-lived Italian imprint kicked off with a pair of singles that saw the former collaborating with fellow countryman Donato Dozzy, resulting in eight tracks bristling with the kind of quality that imbues records with such legendary price tags; a black shiny manna for any lucky enough to nab a copy.

The Aquaplano Sessions lends itself to a complete release, working as a techno long player with enough diverse shades and an immersive quality that reaches beyond the sweaty fervour of the dance. There are certainly plenty of heated moments, not least the menacing strafe of “Aqua 3” as it locks into a cyclical tryst comprised of dense, glutinous drums and persistent alarm pulses, but even here there is a softer quality at work in between the tough techno machinations. The notes lingering behind the beats sit at a nervous tilt, while the foreground action bristles with detail that most militant techno artists would consider surplus to requirements.

“Aqua 6” may be devoutly minimal and to a large extent functional, but it trades on that skill Dozzy exhibits with much of his output in scattering hushed tones loaded with emotion around the forthright rhythms so as to add a psychoactive element to what might otherwise be po-faced techno. Beyond these overt club-ready styles, there is a whole lot more on offer to make this a worthwhile album experience. “Aqua 5” is a beautiful ambient track enriched with trickling synthesiser scats tricked to appear like running water, while “Aqua 2” takes a dubby approach that releases its drum patterns slowly and lets a swell of high-end drone build up in the distance with every poignant reverb tail. Never has a single solitary pitch bend sounded as significant as it does in the later stages of that track.

“Aqua 8” must surely be one of the strongest offerings, delving into supple electronica as typified by the mid 90s UK abstract techno movement. The percussion hops and glides with grace around a gently growling bass synth while the pads coo out that mysterious spirit that inhabits the best kinds of cerebral machine music, proving beyond doubt that this is a record that needed to escape the shadows of DJ 12” ephemera.

In all the deft touches, subtle shifts and fine details, Dozzy and Nuel created just the kind of remarkable techno that has made the genre such a creative force since it first took on a life of its own. Praise be to Spectrum Spools for doing the right thing and giving the music another chance to enchant those drawn to methodical electronic sonics, and long may such worthwhile reissues continue.