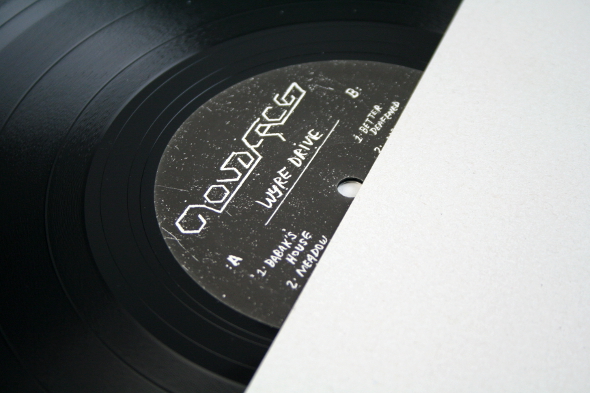 After reaching a sizable portion of the leftfield house-consuming populace with last year’s Devonian Garden EP, Cloudface makes a logical move from Mood Hut to London’s Going Good imprint, a label that has already dealt with fellow Mood Hut dwellers Aquarian Foundation. Aside from the logistical links, there is a spirit to Cloudface’s music that shares much with the other artists on Going Good, not least Moon B. The start of Wyre Drive, at least in this reissued running order tweaked from the previous Nice Up Intl cassette release in 2012, is brimming with romantic space balladry as spoken through crusty machines. It’s a theme that ran through Devonian Garden as well, packed full of winsome synth lines rounded out with a hint of sadness but generally warming to the soul.

Both EP opener “Babak’s House” and subsequent track “Meadow Like” are soothing, contemplative jams that keep the rhythm easy and the synth lines charming. The former could certainly be mistaken for a Moon B track in its poignant lead line and laconic beat, while the latter heads into a more ambient headspace full of heartfelt melodica-like notes with just a slow-plodding kick for guidance.From there though the EP takes a different route towards a rougher, acid laced sound. “Secret Sister” is still a decidedly atmospheric track, not least thanks to the lingering notes that hover in the background of the track, but up front a sizzling beat and nervy 303-esque line deliver a simple but effective mantra that plays on the fine tradition of acid house. It may not be groundbreaking, but when married to the icy pad notes it captivates all the same.

“Better Deafened” too brings its own sense of malaise to proceedings, keeping the acid bassline low and brooding in the mix and riding a constant single note to convey a mighty sense of unease (to quote Peep Show’s Super Hans, “the longer the note, the more dread”). “Kenyon Way Acid” meanwhile usurps the unending synth note for a particularly ostentatious drum reverb that fills the space behind the paranoid bleeps with static pulses.

All the tracks on Wyre Drive operate at decidedly simple levels. There’s no great degree of studio trickery at work, no flashy edits or lavish compositions. However, this doesn’t leave anything lacking in the listening experience, as everything is conveyed with the lightest of approaches. Hence you can find yourself marveling at the effect a protracted note can have when in many songs such a device would go unheeded. Sometimes the greatest joy is found in the simplest of things.