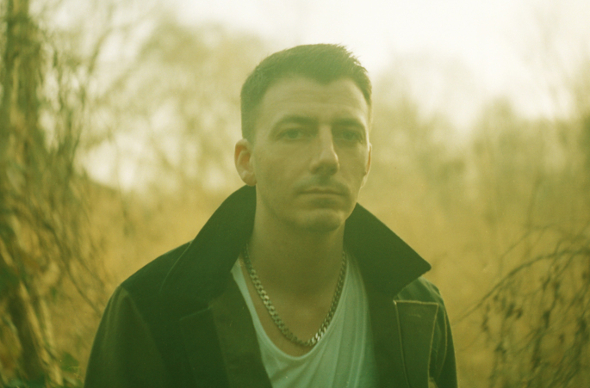 London promoter BleeD will host the launch of Untold’s Black Light Spiral LP at Autumn Street Studios and we have a double pass to give away.

“From the moment the sirens come pealing out of the nerve-shredding opening track, you can tell something is up in the world of Untold,” wrote Oli Warwick in his review of the new album by Jack Dunning. The Hemlock Recordings boss will present this apparent change in sonic direction by debuting his live audio-visual set at Autumn Street Studio on February 28. Dave Huismans will also be there, bringing his live 2562 AV show to the UK for the first time – with visuals by Helen Blankeen, an visual artist who’s worked with Jeff Mills in the past – while Special Request will also be DJing, with Vester Koza on warm up duties. If that wasn’t enough, Untold and 2652 will play an additional back-to-back set too, no doubt dropping everything from house and techno, to industrial noise, dubstep, rave, drum and bass and probably anything else you can think of.

This will be the fourth show BleeD has given London this year following a rare Chris Madak (formally Bee Mask) performance at Corsica Studios, and Opal Tapes and Spectrum Spools specials at Café OTO. But that’s just the beginning – the enterprising BleeD have so far pencilled in another six events leading up to the end of May, bringing the Bristol sounds of Young Echo to Plastic People, Objekt & Call Super all night long at Dalston’s Dance Tunnel, a 20 Years Of Downwards celebration at Corsica Studios, and Demdike Stare, Raime and Blackest Ever Black DJ sets at The Waiting Room for some happy Easter vibes, while Charles Cohen & Rabih Beaini will play Café OTO before Vatican Shadow and Silent Servant take charge of Corsica Studios on May 31st – more info on all those dates here.

The competition will close at 2pm on Thursday, February 27, with the winning entrant notified via email shortly afterwards.

N.B. THIS COMPETITION IS NOW CLOSED 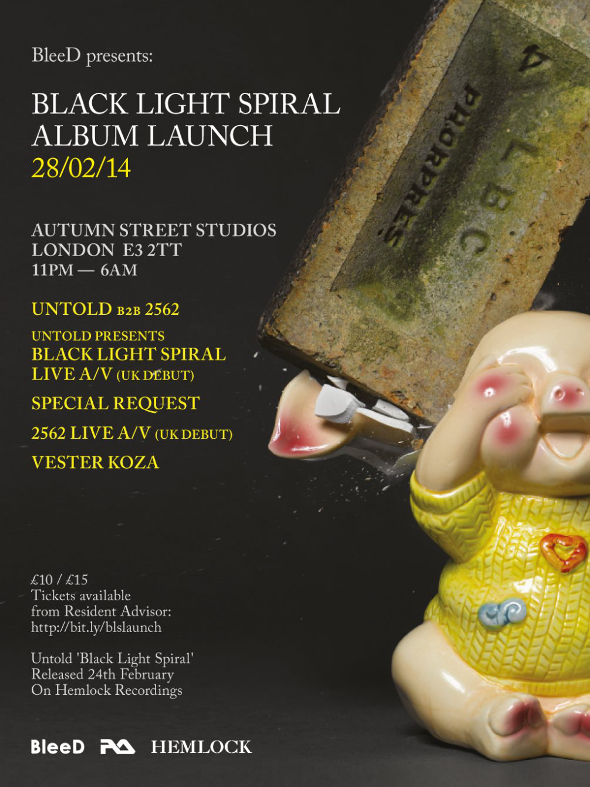